I cannot begin to count the number of misspellings that I have witnessed of my first name. The number of “As” and the pronunciation confuse both first-timers and my closest friends. Its spelling on my first elementary school report card set the rhythm for things to come, from high school diplomas to wedding tabletop cards. And as I wandered around stateside for college and medical training, different interpretations led to endearing nicknames with friends, co-residents and even my patients.

One day, however, it all seemed completely different. I walked into the operating room and greeted the nurse before setting up for the day’s cases.

“Sup, John!” I saluted with my typical nod and smile.

I grinned and retorted, “You can call me Aalap. We’ve only seen each other a hundred times or so this year.” A burst of slightly awkward laughter ensued, and then we both jumped back into our daily routine.

It might not have been the strongest encouragement, or maybe the caffeine was mutually low. Forty-five seconds later, John “doctor-ed” me and did so again when we greeted our first patient. The honorific was passed around from nurse to patient, between the surgeons and their assistants and the rest of the perioperative team until I left that afternoon.

Doctor. A title, unbiased in nature and bearing respect both for those who say it and hear it. A gesture of respect, but a veil that cloaks our idiosyncrasies as we set out to work at our daily trades. Yet, the distinction between verb and noun has been muddied.

Doctor, as a verb, a helper and a healer. This is what we want to feel.

Politics, however, have left us relegated as cogs in a system. Picking up my stethoscope in the morning has become as heavy as putting it back down at the end of the day. The burden of the “doctor” job title, the continuous stream of demands and responsibilities, divides our identity, not unlike a hard drive partition. A title, which is still generic in nature, is a reminder that our main function is to meet the requirements of the system under which we operate or prescribe, in addition to a team to sustain productivity, but not necessarily pride ourselves as individuals or the training we have endured.

Doctor, as a noun, a commodity and a job title. This is how we actually feel.

Likened to a theatrical performance, the workplace is a stage on which members of the health care team traverse and converse as part of an underlying routine. However, indirectly communicating with another individual, rarely are courtesy titles used other than the usual “Mr.,” ”Ms.” and “Mrs.” inculcated in our public etiquette through our own education system.

So, what happened to the first name in medicine?

A recognition of the “church father” in medieval Europe, “doctor,” or one who is licensed to teach, grew to include learned individuals pursuing higher degrees in theology, law, and academic disciplines in the world’s first universities. Physicians take on ten or more years of didactics and training during which we consistently refer to our instructors as “professors” and “doctors,” These titles are reinforced by the culture of the workplace, whereby administrators, nurses, pharmacists, and patients consistently refer to the physician as “doctor.”

On the one hand, a title can inflate a perceived hierarchy that affects discourse between different members of the healthcare team and impacts our modus operandi. Trust is an element contracted through the doctor-patient relationship and implicit with the “first-name basis.” Titles can present authoritative stances that impact the participation of patients in their own care, and unmask gender inequities when professional colleagues are introduced to each other in formal healthcare settings.

Let us consider the alternative views regarding the title, “doctor.” A title allows an anxious patient to distinguish between the dozen individuals that come by their bedside on a daily basis and prevents confusion regarding their next step in treatment. “Doctor” and “nurse” bridge cultural differences and language barriers and are commonplace in the conversations held between family members caring for a sick relative. In the hallways, it is a brief salute from one healer to another, recognition of the sacrifices that have momentarily brought us together.

We must remember that “we” are not confined to these hospital corridors, even in the operating room. The first name provides a window to our intimate personal realm through which our confidantes can glance. To hear it culminates in an unparalleled emotional response much as it did for the mothers and fathers who blessed us with our name. And it should not have to take a backseat to a title.

Aalap Shah is an anesthesiologist.

The measles outbreak, media imagery, and the thoughtful focus of fear 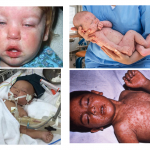 Where’s the humor in medicine? 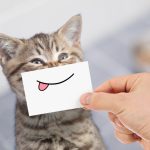 What happened to the first name in medicine?
1 comments