What makes any particular job a “bad” one? Maybe the pay is too low. Perhaps the hours don’t work with your other commitments. It could be the commute is too long, or the opportunity for advancement is too little. A job might be bad because it has a poor culture, a work environment or mission that doesn’t mesh with your values. Whatever the reason, moving on could be your quickest route to happiness, especially if you’re an in-demand physician, physician assistant or nurse practitioner. But how do you make sure the next health care job you choose is better than the last?

1. Ask about the previous job holder.

“I always tell nurse practitioners to ask why the practice is hiring,” says Renee Dahring, MSN, CNP, and founder of NP Career Coach. “In other words, why did the person who held the job previously leave? You may find out it’s a new position. In that case, do you want to be in a newly created NP job? The employer may have misconceptions about what an NP can or cannot do.”

David Wolfe, founder, and CEO of NP Now, an NP and PA recruiting firm, agrees. “It’s important for NPs and PAs to ask why the last employee left,” he says. “Why is the group losing people? Sometimes groups overutilize NPs, requiring them to see lots of patients and work overtime without pay. Ask candid questions so that you can identify any red flags.”

“You have to be assertive when asking about role specifics,” says Susan Odegaard Turner, founder, and CEO of consulting firm Turner Healthcare Associates, Inc. “Ask for a job description and talk about the tasks you’ll be expected to do. Understanding those specifics will drive a lot of your success after you are hired.”

Wolfe agrees that job seekers should make sure they have clear expectations of the position. “Asking questions like ‘What are the productivity benchmarks I need to hit in order to be successful?’ can help,” he says. “That way, you’ll know what the hiring manager expects and whether you can really provide it. If they won’t give you a straight answer about their expectations, that can be a red flag.”

Dahring also encourages health care professionals to ask about the specific characteristics needed to be successful within the organization. “That will help you get at the culture,” she explains. “Oftentimes a bad job isn’t due to an issue with clinical skills but with fitting in with the culture of the organization.”

For the clearest picture of an organization’s day-to-day work environment, spend some time shadowing another NP, PA or physician employee.

Wolfe agrees. “A good employer will let you interview and shadow the NPs and physicians who work for them,” he says. “If they won’t, it’s usually a bad sign.”

4. Understand how you’ll be compensated.

While you don’t need to bring compensation up in your initial interview, you’ll definitely want detailed information on how you’ll be paid before you accept an employment agreement.

“Are you going to be paid hourly or salary?” asks Wolfe. “How many hours are the current providers actually working? A lot of groups will say they’re offering a 40-hour position on salary but actually expect you to stay until 7 p.m. every day to do charting. That’s why it’s important to ask the hiring manager and NPs when they actually come in and leave every day.”

5. Research the organization’s history and reputation.

Odegaard Turner suggests an Internet search to find out if the organization was recently sold or downsized as well as to look for any news pertaining to its relationship with unions. “Is it a positive or negative relationship?” she asks. “Kaiser Permanente, for example, has a very positive relationship with the labor unions they deal with. They’re going to provide a different environment than an organization that is fighting for or against unionization.”

“You should also look at Glassdoor and other employee review websites to see what other providers are saying about the company online,” adds Wolfe.

Dahring suggests considering patient reviews as well. “If patients aren’t happy, that could indicate a problem,” she says.

And while you’re at it, Odegaard Turner advises personally evaluating the customer service side of the organization. “You can do that as easily as standing in the emergency room lobby on a Friday night or calling the front desk to see how you’re treated,” she explains. “You can learn a lot about a facility by the way they treat their customers.”

If you’re eager to get back to work, it can be tempting take the first position you’re offered. However, experts urge a careful review of the contract first.

“Don’t accept a job if they won’t give you an offer in writing or a formal contract,” says Dahring. “That can be a warning sign that things aren’t managed well. Lots of promises may be made, but verbal promises are as good as the paper they are written on.”

If you don’t want to impact your future prospects should the position not work out for you, “look out for a non-compete clause in the employee agreement,” Wolfe adds. “Non-compete clauses aren’t that common, but they’ve been in about a third of the NP employment agreements I’ve seen.”

He says you should also make sure bonuses are mapped out in the contract. “How are the RVU [relative value unit] bonuses calculated?” he asks. “It’s important to understand how many patients you need to see in order to get productivity bonuses, and you should have that outlined in the employment agreement.”

The key to successful rounding 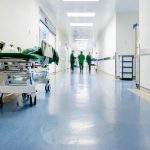