Trends or challenges have been a part of the fabric of social media for a long time. They have ranged from the benign ice bucket challenge (which raised millions for research on amyotrophic lateral sclerosis) to the highly dangerous Tide pod challenge (which involved eating laundry detergent capsules). All of these internet phenomena involved videotaping an individual who performed a bizarre physical action for the vast internet audience in exchange for greater viewership, compliments, reactions and most importantly, attention. To achieve this ultimate goal of greater attention, individuals take extreme risks to grandstand and one-up each other via increasingly outlandish and dangerous behaviors. Modern social media platforms like YouTube, Twitter, and Instagram function on the principle of a new virtual economy where amateur content is traded in exchange for attention leading to enormous but temporary psychological fulfillment, social influence and even monetary gain.

Recently, news stories broke about teenagers dancing while stepping out of moving cars, imitating a popular video song, for the Kiki Challenge. Police organizations and even the National Transport Safety Board publicly cautioned individuals against taking up this practice due to the obvious physical danger. Then, a 12-year-old girl in set herself on fire for the fire challenge, resulting in second and third degree burns to over half her body. This, I decided, could not be attributed to mere adolescent social media experimentation.

Avoiding setting oneself on fire or remaining inside a moving vehicle is not a complicated piece of advice. Yet, in this era of extreme social media challenges and trends, adolescents and even older supposedly mature adults need to be told that fire is a danger and remaining seated in a moving automobile is not an optional choice. If fundamental logic and decision making capacity has failed among vast numbers of an entire generation, it raises a significant concern for society as a whole. It raises concerns as to whether this apparent lack of capacity in basic risk identification and avoidance is a product of extreme social media usage, peer pressure or any other social/psychological factor.

When an individual, usually a youth, foregoes personal safety for psychological approval of the virtual masses, there are multiple driving forces at play. Any individual performs an analysis of the risks involved and the subsequent reward gained from action, prior to its performance. Here, due to the instantaneously popularizing nature of these social media performances with a clear indicator (views, likes, etc.) of the reward, there is a considerable incentive involved in favor its replication. Also, since these performers are amateurs and seemingly upload them without harm, there is a perceived sense of a lack of risk. This essentially skews the risk vs. reward mental calculation of any individual considering these challenges in favor of its performance.

A number of measures can address the enormous risks of participating in these social media trends. Promoters of these challenges can be discouraged from creating them in the first place or encouraged to reveal the extensive associated physical risks. Similarly, the social media platforms themselves, which already monitor for illegal elements before making any uploaded video publicly available, can insist on an attached traditional risk-based warning for videos of the same challenges. Ultimately, the onus falls on the individual itself to practice their sense of basic rational thinking. If the relevant information is readily and appropriately provided on the true physical risks of these trends, it may convince the individual to avoid them altogether.

This phenomenon has also raised a significant question on the role of primary care physicians in curtailing these dangerous trends. Primary care physicians already deal with a significant burden of preventing and managing issues such as hypertension, smoking, and obesity. While no one expects the frontline medical staff to abandon their duties and start following YouTube for the latest trends in the bizarre, they are in a unique position to remind adolescents to make good choices.

Physicians, teachers, parents and the community at large have a responsibility to reinforce the basic tenets of common sense and rational thinking among our youth. Much like reminding the youth to wear seat belts or promoting parental controls for underage internet use, advocating safe use of social media is another facet of modern technology.

Alas, it truly is the age where we must remind the youth not to set themselves on fire.

Abhishek Gupta is a family medicine sub-intern in Canada.

A hospital removed historical portraits. Did it make the wrong call? 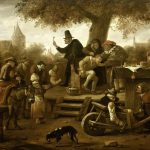 What can physicians do to combat confirmation bias? 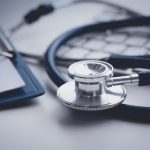