Just like so many teenagers out there, I found myself hooked on the Netflix show 13 Reasons Why from the first episode. The only difference is that I am not a teenager, but a physician practicing child and adolescent psychiatry and managing inpatient child and adolescent psychiatric units for the last nine years. I was surprised to see the number of emergency room evaluations of my admitted patients indicating that they had recently watched 13 Reasons Why. I am by no means implying a causal relationship between watching 13 Reasons Why and presenting with suicidal ideation or self-injury to the emergency room, but merely trying to highlight the possible effects of such an emotionally charged show on vulnerable adolescents.

Many of the adolescents I encounter have mood and anxiety disorders, substance use disorders or a multitude of adjustment problems along with experiencing horrific trauma in their lives. I also cannot overlook the verbal, physical or cyberbullying, social isolation, marginalization and disenfranchisement that many of them have experienced. At times I have met a young person that I walked away from wondering if there is anything else that can possibly go wrong in their lives? The show’s greatest appeals that I see for teenagers is exactly that, the relatability which makes the show emotionally accessible for them and gives them characters they can find some grounds to identify with.

However, what I really struggled with in the show was the depiction of the adults. I watched the interaction between Hannah Baker and the school counselor in the first season where she discloses a sexual assault, and I was absolutely appalled. I have been fortunate to collaborate with many highly competent school psychologists and counselors over the years, and I have found them to be very invested in their students. But that simply may be my good fortune of working in New England where we have significantly greater resources and services, and I cannot discount the presence of a good intentioned but insufficiently trained or unskilled clinician. I am also certain that there would be no great story or show if that had not been the case. Hence, I found myself most concerned about the implications of how that interaction was depicted. What would it be like to send a message to teenagers out there that the adults in your life simply do not have the ability to help you?

Over the course of the second season, it was valuable to see the internal process and emotional reaction of the school counselor. The guilt, shame, doubts, rumination, and helplessness were easy to identify with for any clinician who has lost a patient to suicide. The acknowledgment of the school counselor on the show that he “needed to do more” or was perhaps not adequately trained to meet the needs of his students, raised a sliver of hope in the show that there was a possibility that the adults could improve.

I am glad that the show has now added a warning before and after the show to provide immediate access to resources if the content is stimulating for their audience. I am also aware that many people find that the show allows for greater awareness and provides talking points for people to begin having a conversation with adolescents. However, we also know that adolescents tend not to access hotlines and other supports as much as we would like. Others prefer social media as ways of communicating their distress, rather than reaching out to people. The need for building trusted relationships within which adolescents feel secure bringing up their distress and difficult issues remain paramount in ensuring their safety. Hence it is imperative to highlight the importance of having these relationships with adults who are actually in the position of helping them.

At this time, school systems remain one of the primary sources of referrals for mental health treatment in children and adolescents. It is not uncommon for adolescents to slip between the cracks in a system that is often not able to meet the increasing mental health needs of the ones at risk. Therefore there is growing emphasis to integrate greater emotional and psychological support in the school setting and bolster school-based services.

So, I wonder about the impact of portraying adults as clueless individuals, who are not attuned to the needs of the adolescents, and incapable of providing the necessary support and supervision. How will adolescents reach out for help when they need it most if they believe that the adults in their life will simply fail them? I am concerned that this portrayal may inadvertently reinforce their experiences where they have not had stable adult figures in their lives while precluding them from seeking support elsewhere. And for many of them, outside the home that support system is at school.

I believe in the importance of stories to open the doors to difficult conversations and raise awareness for mental health treatment. This is critical in the case of adolescents and young adults where suicide is now the second leading cause of death and the rates of suicide in the U.S. continue to rise. But I hope that there could be a more mindful illustration of real stories to make characters relatable and also hold out hope for kids – that there are adults out there who will do their very best to support them and provide them with the help they need. And, that not every adult in their life is committed to failing them.

Zheala Qayyum is a psychiatrist.

A physician's warning on the keto diet 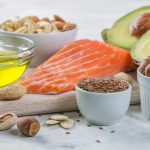 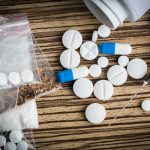