My wife is a urogynecologist lucky enough to get through her seven years of residency plus fellowship with “only” $124,000 of student debt. When we discussed how we were going to get rid of this debt, she had always assumed that it was going to take a couple decades to pay off.

With our combined income, we certainly could’ve lived like paupers and extinguished her loans rapidly. However, I knew a strategy that involved extreme deprivation after her long years of training could grow old and not be successful.

Instead, we targeted a repayment period of fewer than five years instead of 10 years or more. We focused on cutting our spending in three key areas that I typically see trip up physicians more than any others.

1. Avoiding a car payment. Having a car payment would have eaten up over $500 a month including the higher cost of insurance. Initially, I admit that we were too extreme as we bought a $2,000 Honda Civic that didn’t feel substantial enough on the highway for my wife to feel comfortable driving it to her branch hospitals.

We were able to sell the Civic on Craigslist for a $200 loss and bought another car for about $6,000. This one barely had over a hundred thousand miles on it and was less than five years old. A six thousand dollar car freed up six thousand a year to go towards her student loans.

Many physician families immediately sign up for an expensive car lease soon after their first attending paycheck. Doing so is a recipe for long-term student loan repayment.

2. Affordable travel. Most physicians don’t have very flexible schedules between call, seemingly endless medical records training, and minimum surgical production expectations. Getting away on nice trips has therefore always been important to us.

Unfortunately, a lack of flexibility for things like airfare and hotels usually means you’re paying top dollar. We paid careful attention to travel hacks like airline credit cards, and we even obtained the Southwest companion pass, allowing wife and I to fly together for the price of one.

When we go to Europe, we use budget airlines like Wow Air to get round trip tickets for between $500 and $1,000 each.

We’re not above staying in high-quality hostels, and we often use Hotwire for domestic travel since we don’t care what hotels we stay at so long as they’re located in a certain area.

Between frequent flyer miles and careful selection of accommodation when traveling, we probably save 50 percent more than what a “lazy tourist” would save on the same itinerary. By being cautious with this area of our budget where we enjoy spending, we likely save about $500 a month.

3. Cheap housing. Another key strategy we had that freed up more cash than anything else was our housing selection. We initially lived in a studio apartment. This was a very nice space that had granite countertops and a beautiful bathroom even though it was small.

By keeping our square footage low, everything else cost less too. Our utility bill was tiny, we only had space for a couple items from IKEA, and we had to pick and choose between fancy kitchen appliances.

Admittedly, that small space finally started wearing on us, so we decided to trade up to a bigger two-bedroom location.

However, we wanted to continue to use non-traditional methods to keep our rent low so more money could go to our student debt. Hence, we invited the best man from our wedding to live in our place as a roommate. Some people thought we were crazy, but we kept our rent about the same as it was in the studio apartment while going from 600 square feet of space to over 1300 square feet.

I encourage you not to nickel and dime yourself by trying to eliminate every latte and spin class from your spending and focus on the biggest areas of spending in your budget. You’ll have a lot more success in reaching your milestone of debt freedom.

The Handmaid's Tale and the state of medicine 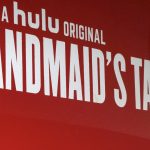