A 58-year-old man is evaluated in follow-up for idiopathic pulmonary fibrosis (IPF), which was diagnosed 2 years ago. He has cough and shortness of breath and now requires supplemental oxygen at rest. Previous evaluations have not identified any cause for his symptoms other than progressive IPF. He has participated in pulmonary rehabilitation and continues in a maintenance program. He is a lifelong nonsmoker. His medical history is otherwise unremarkable, and he takes no medications.

On physical examination, the patient is afebrile, blood pressure is normal, pulse rate is 96/min, and respiration rate is 26/min; BMI is 27. Oxygen saturation is 92% breathing 4 L of oxygen by nasal cannula. Pulmonary examination reveals inspiratory crackles at the bases bilaterally.

The most appropriate management is referral to a lung transplantation program. Individuals considered for lung transplantation are most often at high risk of death within 2 years due to respiratory failure and also have a high likelihood of long-term survival following the procedure. This patient with idiopathic pulmonary fibrosis (IPF) has a significant oxygen requirement at rest in addition to a documented decline in his 6-minute walk distance. Both of these factors substantially increase his risk for the development of respiratory failure. Furthermore, he has no history of comorbidities that would limit posttransplant survival, and he continues to actively participate in pulmonary rehabilitation. Lung transplantation remains the only intervention with a clear survival benefit for select patients with IPF.

Medical options for treatment of IPF are limited. The immunosuppressant azathioprine, given along with prednisone and N-acetylcysteine, has been studied in patients with IPF. However, this combination therapy was associated with increased mortality and adverse effects.

Therefore, azathioprine is not recommended for use in patients with IPF. In related studies, N-acetylcysteine used as single-agent therapy in IPF showed no benefit over placebo; thus, N-acetylcysteine is also no longer considered of value for treatment of IPF.

Although there is some debate as to the benefit of glucocorticoids in the treatment of patients with an acute exacerbation of IPF, there is no benefit to either short- or long-course prednisone in patients with IPF without an exacerbation. IPF is a disease with ongoing fibrosis but with limited inflammation. Consequently, glucocorticoids do little to affect the progressive fibrosis, and their many associated side effects only place the patient at increased risk of complications.

Treatment with tumor necrosis factor-α (TNF-α) inhibitors has been proposed as a method for decreasing the progressive pulmonary fibrosis associated with IPF. However, a trial of the TNF-α inhibitor etanercept failed to show benefit, and its use is not recommended in IPF.

Two new medical therapies have recently been approved for treatment of IPF. These are nintedanib, a tyrosine kinase inhibitor that moderates production of fibrogenic growth factors, and pirfenidone, whose mechanism is unclear but also modulates production of fibrosis. Both agents slow the decline in pulmonary function tests but do not affect quality of life and are not curative. The effect of these agents on disease progression appears to be very similar. To date, these agents have not been studied extensively in patients with acute exacerbation of IPF or severely advanced IPF. Pulmonary subspecialty assessment to confirm IPF and assess risk/benefit for the use of these drugs in selected patients is recommended. Consideration of participation in clinical trials for patients with this progressive disorder remains important for the development of future, more effective, medical therapies. 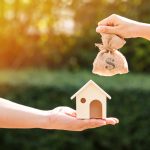 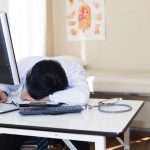