He looked tired and worn down, more so than many of the other patients I had seen that day. He didn’t speak English and I did not speak his language, but I could feel his anxiety as it filled the exam room. One of my employees translated, in fact, what his “boss” was telling us. The boss was worried that he was more tired than usual, and not getting his work done.

The fact that the boss was speaking on behalf of my patient while the patient sat quietly with his head down triggered some suspicions between myself and my employee. I asked the “boss” to leave the exam room. He argued but left after we insisted, hovering right outside the door the entire visit.

The patient was, in fact, suffering from fatigue, as well as depression and anxiety. But, it was because he was working 12 hours or more every day, seven days a week doing physical labor. His boss was after him because he was having difficulty completing the long days. I asked him why he didn’t leave. He told me his family in another country needed the money he was sending home, although the boss was not paying him every time when he was supposed to.

I asked him how he was sleeping. Not well, of course: too much to worry about, too sad missing his family. When I asked how he ate, he said what the boss gave him. Could he leave? He didn’t think about it because he was too tired after his long day of work and his family was depending on him. He didn’t want to disappoint them.

At the time, I didn’t realize it but he met the criteria for being considered a human trafficking victim. He had been brought from his country with the promise of a good job but rather found himself trapped in a situation that he could not walk away from. He was not paid what had been promised and the job he was given was far away from anything that had lured him to the US.

From the time he came here, his boss was in charge of all his movements, even the food he ate. His freedom had been snatched away in exchange for being a cheap laborer for someone else. It was obvious that he could not say what he wanted while the boss had been in the room.

Yet, the realization of his situation did not necessarily make the solution any easier. If he were a child, we are mandated to report it to the proper authorities. However, the protocol is not so clear-cut with adults. We asked if he wanted us to get a social worker involved and help him find another job. But, he said no. He feared being forced to return to his country.

He was all alone in this corner of the world, no family, no friends. Yet, his concern was for others and not himself. We did learn that he had a relative in a far away state. We encouraged him to try to go to that relative. He said he would.  Today, homeland security and ICE HSI have hotlines set up to report suspected activity: Call 1-866-DHS-2-ICE (1-866-347-2423)

Although this happened many years ago, the man’s face will be etched forever in my memory. The man who sat before me wasn’t suffering from depression. Rather, he had been a broken man. He broke my heart and I will never forget him. Human trafficking takes many forms and no one deserves to be a victim. 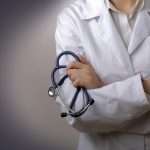 The frustrating obstacle facing the physician-writer 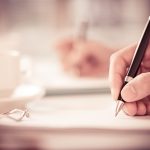 Would you know human trafficking if you saw it?
1 comments