CPR was first endorsed by the American Heart Association in 1963. When I took a Red Cross Life Saving Course in 1965, we learned about the “chest pressure arm lift” form of resuscitation which worked about as well as burning incense. I began working as an orderly in a community hospital in 1967. You probably remember that I was famous as the guy who first popularized wearing gloves when inserting a Foley catheter. My predecessor just used one crusty catheter, possibly since the Crimean War, which he carried in his back pocket. I burst onto the hospital scene at a time when the call “cardiac arrest” was met with a somewhat different response than nowadays.

As a 16-year-old orderly, I excelled in giving old ladies nighttime back rubs and in tightening leather draw sheets until you could bounce a quarter off them. I participated in ECT — done without anesthesia or muscle relaxants, and frantic calls to restrain patients, which I greeted by running for the stairs and planting myself firmly on a sub-basement landing. But one night stands out in my memory, though it was fifty years ago, my young readers.

I was called to take Mrs. Wiggins (I don’t really remember her name) to X-ray. I had noticed she always seemed oddly flaccid and lay in bed immobile and pitiful. I had no idea what was wrong with her. At that time, I had no medical knowledge; I can remember thinking that a cholecystectomy “must be something where they take out your insides and wash them off.” I used my pimply nerd powers to get her in a wheelchair and set off. When I got to X-ray, I offered to help get her on the table. But the tech declined the assistance of “some jerk-off kid.” I watched through a window as he placed her in a sitting position and went behind the lead shield, while at the same time — she flopped off the table and landed on her head. He picked her off the floor, laid her on the table and completed the study. When I put her back in the wheelchair, she didn’t look good and seemed to be asleep.

Shortly after I got back to the floor, the head nurse noticed she had stopped breathing and appeared to be deceased. When this happened, the accepted protocol was for the head nurse to call the doctor. No attempt at immediate resuscitation was begun unless you count intermittent shrieking.

“Doctor,” she yelled into the mouthpiece of the heavy black phone, “Mrs. Wiggins has stopped breathing. What should we do?”

He muttered a bit and could be heard coughing, probably because he was smoking his meerschaum and indulging in a bit of rye. “In this situation, I have found a course of saline enemas until clear to be useful.” We all nodded, and he concluded with warm regards.

Saline enemas were my forte, and I prepared three tepid quart bags with dispatch. As they were administered the abdomen of the unfortunate woman swelled prodigiously. I hope that her post-mortem out of body experience did not include watching that scene. When we finally finished, we called the good doctor back and told him there was no change in her deceasedness.

“Then I recommend draining all the fluid back out with judicious speed,” he advised us.

Since that time, I have responded to many “codes.” I have participated in vein cut downs on the ankle, hours of fruitless Swan-Ganz floating and eager intracardiac injections. I have known the subclavian pneumothorax and filling the chest cavity with Lactated Ringers. I have seen yelling, cursing, berating and clipboard throwing.

Like most of us, I have often thought that our efforts seem futile. Who is to say that wise doctor of long ago, now gone to his just reward, gave flawed advice. When my time comes … maybe a suppository instead? 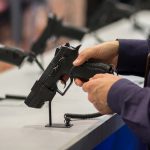 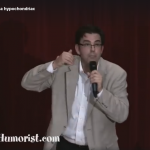