Two years ago I fielded a call from a surgeon I knew of but had not met.  Raised locally, she had left the state for undergraduate school, returning to Texas for medical school and North Texas for her fellowship.  Heavily recruited, she wanted to stay close to home and her family, and accepted a position with a group of surgeons practicing at one of the area’s stellar hospitals.

But she wasn’t happy, two years into a three-year employment agreement.  In fact, she was angry, frustrated, worried, and greatly concerned about her future.

What had started out as a warm and fuzzy relationship with her group had gone decidedly in the wrong direction.

The genesis of her story is almost a cliché in the physician recruitment environment.  In the last year of her fellowship, she suddenly started receiving inquiries from established practices or hospital employed groups, pitching a great future, good salary, moving expenses, and even a signing bonus.   Two visits to her soon-to-be employer focused on where to live, meetings with all of the group members, a hospital administrator or two (representing her surgical sites), and a real estate agent to look at homes.  Everybody seemed nice, and she liked what she was shown.  Money was discussed, and a contract arrived shortly after the second visit.  She asked for a recommendation on a lawyer to handle the latter.

The lawyer was hired, and she consulted the internet about medical employment contracts, only to find the “eight things a medical employment contract must have” which she focused on exclusively during the negotiations.  Her lawyer followed her lead.  Within weeks the contract was signed, and she returned her focus to her final year, relieved of the pressures of finding a job.

It was a story that’s been replicated thousands of times.  Now, barely two years later, she was miserable.  What could have happened?

She never scratched the surface.  Or asked enough questions.

Most of her complaints were around issues which should have been discussed and/or documented before any contracts were mailed, much less negotiated.  For example, she never saw examples of the reports provided to each physician, that outlined patient counts, charges, and revenue;  they turned out to be woefully inadequate, and belied some serious issues with the group’s billing practices.  The practice had policies and procedures, but they only applied to the staff — there were no rules for the doctors.  Governance was not in place.  She was assured overflow, but as soon as she everyone got very protective of their patient base, and the overflow was far less that what had been promised.  Mentoring her in certain procedures was quickly abandoned, and she was left alone to do surgeries where she needed guidance (her surgical times on these cases were excessive as a result, which made the hospital unhappy).  When the group decided to start taking call at another facility she was not consulted, creating issues with her family.  When the practice’s payer mix changed, she was given no notice about the financial impact this would have on her collections.  And why was it that the patients with badly reimbursing insurance always seemed to appear on her schedule?

This list wasn’t even half of the problems she recited.  All of them could have been addressed, and many included as terms of her contract.

In short:  She had no “entrance strategy.”  And now conditions had become toxic, beyond repair.

The first step a graduate takes post-graduation may be the most important they take outside of their academic career.  In this ever-changing health care environment, graduates, most highly sought after, need to take the time to look at both the clinical and business environment they are entering.  If necessary, they need to seek guidance to help them navigate these issues (which are woefully under-addressed in medical schools), to make sure they ask the right questions.

Conversely, it would be wise for the hiring group to be proactive in this area as well.  Among a myriad of topics, there should be a basic understanding between the parties on these topics:

At the bare minimum, both parties need to be on the same page on these topics.

As they say, divorce is painful.

As to my client’s story, there was a happy ending.  We were able to extricate her from her contract, and although she had to relocate her practice 20 miles, she’s happily employed now with a group that is attentive to the problems she encountered.  On her second go-round, she had a great “entrance strategy” and things we much different.

Tom Ellis is a health care consultant and can be reached at Ellis and Associates.  This article originally appeared in the Dallas Medical Journal.

How cancer transformed this physician 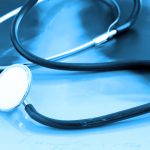 Here are some things that patients wish doctors knew 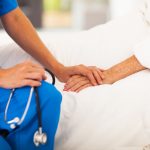