“They may forget what you said, but they will never forget how you made them feel.”
– Carl W. Buechner

I draw back the curtain and look within. My patient, Mr. Buchanan, is on the cart. His daughter, Jessica, whom I met during his office visit, sits in a chair with her preschool-aged daughter. He wears a hospital-issue gown and has an IV taped in place. The little girl looks intently at me as I step inside the cubicle.

The space is busy. One of the preoperative nurses double-checks his history, allergies, and medications on the computer while an aide readies his belongings to be transported to the room where he will spend the night after surgery. The anesthesiologist is explaining the process for putting him to sleep. My resident has used a felt-tip pen to mark the surgical site. The cancer gently distorts the contour of the neck skin below the angle of his jaw.

I step into the room. “Hi, Mr. Buchanan. How are you doing?” He is robust and energetic. He recently retired from working in sales and strikes me as one of those people who is the center of attention at any social gathering.

I raise my right hand toward him, and it begins to shake. “Not too bad once I finally went to bed. I was up most of the night reading about your surgical procedure and weeping uncontrollably.”

“We’ll try not to,” I promise. I step closer and grip his hand and look back-and-forth between Mr. Buchanan and his daughter. “Anything at all you want to ask about?”

He shakes his head and looks to Jessica. She shakes her head, as well. “Nah. We’re ready. Take good care of me, OK? And keep her posted, will’ya?”

“Of course we will.” I turn to her. “I will come and find you in the family center when we are done.” I smile at the little girl in Jessica’s lap. “And who are you?” I ask. She buries her face in her mother’s arm.

Without removing her face from her mother’s sleeve, her head bobs up-and-down.

I walk from the preoperative area to the operating room. Soon, Mr. Buchanan’s cart is wheeled in and, after one final reassurance, the anesthesiologist puts him to sleep and I prepare to remove the cancer that has been growing steadily in his neck.

I always assume that patients and families have made a rational choice to trust me before they allow me to perform their surgery. Then I ran across a lecture entitled, “Health is Membership” by poet, author, and farmer Wendell Berry. The essay emerged from Berry’s experiences while he and his sister-in-law waited while his brother, John, underwent emergency double-bypass heart surgery. Allowing someone to have an operation is, in Berry’s interpretation, an act of faith.

During the days following John’s surgery, Berry sensed he was at the interface of two worlds separated by an unbridgeable chasm. On the patients’ side was a world of love that depended on the interconnectedness of family, friends, and community. On the health care, side was a world of efficiency, machinery, and statistical probability. In this view, health care workers were the “professionals” and patients and families were relegated as “amateurs.”

Here is the part of the Berry’s essay that made me catch my breath: As he and his sister-in-law, Carol, tried to imagine John’s surgery, “we realized that under the circumstances, we could not be told the truth. We would not know, ever, the worries and surprises that came to the surgeon during his work. We would not know the critical moments or the fears. If the surgeon did any part of his work ineptly or made a mistake, we would not know it. We realized, moreover, that if we were told the truth, we would have no way of knowing that the truth was what it was.”

Mr. Buchanan’s surgery turns out to be difficult. The surgical goal for a parotidectomy and neck dissection is to remove the cancer completely. At the same time, the surgeon strives to preserve the tiny nerve branches that move the facial muscles, save the larger nerves that move the shoulder and tongue, and protect the blood vessels that supply the face and the brain. During Mr. Buchanan’s surgery, I inadvertently tweak one of the main nerve trunks but preserve it. His blood vessels are engorged and fragile leading to much more bleeding than usual. At one point, while blood obscures my view, I accidentally clamp one of the smaller nerve branches where it runs under a vein. Fortunately, I realize my mistake and release the clamp before I cause any permanent nerve damage. A vein I usually preserve tears unexpectedly while I am pulling hard on a lymph node. I clamp and tie it. The cancer is more extensive than I have anticipated and I am forced to adapt my usual approaches and attack it from a different direction before it finally yields. As we close, I see that the incision wasn’t quite as camouflaged by skin creases as I had hoped. Even though I meet all the goals of the procedure, it is a struggle from start-to-finish. “That was tough!” I tell the resident.

When Mr. Buchanan is taken to the recovery room, it is time for me to go to the family center and talk to Jessica and Kirsten. Wendell Berry commented on this step, as well. Although he conceded the impossibility of the amateur crossing over to the professional side, “that professional people can cross back into the amateur world, I know from much evidence.”

We settle into one of the private consultation rooms. “The surgery was quite a bit more difficult than usual, but he did just fine,” I tell Jessica. I explain that we removed every bit of the cancer I could see or feel. I review how I preserved all the things I had set out to preserve. I draw a diagram of what I did. “We will make further recommendations in a few days after we get all of the reports back from the pathologist.”

As we review her father’s procedure, I emphasize the positive to her. The cancer is out. We preserved everything. Even if there is some temporary weakness, his face will soon move normally. He should be able to go home tomorrow. He is waking up just fine, and you will soon be able to go see him. We met all our goals. He is amazing.

I don’t go into any detail about the unexpected bleeding; we stopped it, after all. Since many people with this procedure have some temporary facial weakness, I don’t mention the nerve I inadvertently clamped; it will work fine, if not tomorrow, then soon. He will not miss the vein I sacrificed. These details will be included in the dictated operative note but I don’t cover them now.

“What questions do you have?” I ask.

Jessica pulls out a pad of paper and checks her notes. “Will he have much pain?” She asks about wound care and whether he will be able to drive his car. She wants to know whether I think he will need radiation therapy.

All of Jessica’s questions are soon answered, and she sets aside her notebook. While we are speaking, Kirsten works intently, rubbing first a red crayon and then a blue crayon across a page in her coloring book. I tap her arm. “What are you working on?” I ask.

She holds up her book to show me and smiles. “I’m coloring a picture of Elsa and Anna to give my grandpa,” she says.

I have learned that my calling includes recognizing and responding to this separation between the worlds. Even though I am a health care “professional,” I was, after all, an “amateur” before I became a physician. Knowing how best to share information and difficult news honestly, ethically, and compassionately across the chasm continues to be a challenge with which I struggle every single day of my professional life.

Everything physicians should know about REITs 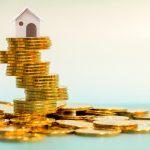 It's time to widen the clinical footprint of hospitalists 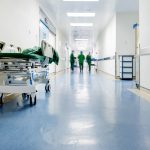