For the past 30 years, a little-known U.S. health agency has supported and produced volumes of groundbreaking research on how to make health care safer, less wasteful, and more effective. Dubbed “the little federal agency that could,” AHRQ has accomplished this feat with a small fraction of the budgets of its higher-profile cousins, the Centers for Disease Control and Prevention and the National Institutes of Health. Nonetheless, its work has often been politically unpopular and unheralded outside of a small community of health services researchers and patient advocates. Sadly, when all medical waste is somebody’s income, there is little enthusiasm in the medical-industrial complex or on Capitol Hill in allocating the $3 trillion the U.S. spends on health care more wisely or efficiently. In fact, our legislative and executive branches have periodically proposed that AHRQ’s budget be slashed or eliminated entirely.

In 1994, the agency (then known as the Agency for Health Care Policy and Research) dared to publish a back pain guideline that suggested that there was little role for surgery in most patients. As later documented in Health Affairs, this act raised the hackles of back surgeons with powerful allies in Congress who were already annoyed by the agency’s association with the failed Clinton health reform plan. The agency’s budget was zeroed out by the House of Representatives and narrowly restored by the Senate in 1995 after a 21 percent cut and a name change to emphasize that its mission would be to produce evidence to inform policy, rather than attempt to actively shape policy.

Despite this deliberately circumscribed mandate (I lost count of the number of times during my tenure as an AHRQ medical officer from 2006-2010 that I was told, “We don’t make guidelines. We make evidence that other groups use to make guidelines”), the passage of the Affordable Care Act made AHRQ a target again in 2012, when a House appropriations subcommittee voted to zero out its budget again. AHRQ survived that episode, only to be zeroed out by the House once again in 2015, when the danger to the agency’s survival seemed real enough that former Senate majority leader Bill Frist and former CMS director Gail Wilensky both penned op-eds urging their Republican colleagues to reconsider – which they eventually did.

Ironically, the need for AHRQ’s work has never been greater. The proliferation of clinical practice guidelines of varying quality and conflicting recommendations has led to calls to systematically evaluate guidelines for their impact on patient outcomes. AHRQ would be a natural place for this evaluation to occur, as its National Guideline Clearinghouse already summarizes and synthesizes guidelines that meet certain evidence-based development criteria. But funding to maintain the NGC will run out a little more than 4 months from now, and there seems to be little hope of rescue.

In the meantime, the Trump Administration has proposed dissolving AHRQ as an independent agency in the next fiscal year and transferring its current functions into a new institute within the NIH, with a 21 percent budget cut from 2017. Although such an arrangement has both potential pros and cons, as a previous AHRQ director observed, it’s hard to imagine that the shrunken agency would not be marginalized and lost amid NIH’s biomedical research behemoth.

Why do I care? Why should you? You need not be ill enough to be hospitalized or care about practice guidelines to suffer if AHRQ is eliminated for good. Not only does it produce several important tools and resources for primary care practice, but it disseminates and implements evidence about what works to improve health, through its National Center for Excellence in Primary Care Research. AHRQ supports research that generates evidence about “effective models of care, patient- and family-centered care, shared decision making, quality improvement, and health information technology.” This is research and evidence that no one, healthy or ill, can afford to lose. Academy Health maintains an advocacy toolkit for use by any person or organization who wants to help #SaveAHRQ from becoming a casualty of ignorance, indifference, and/or conflicts of interest. I hope that I have persuaded you to join the fight. 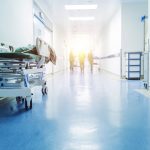 The AHRQ is in the line of fire. Here’s why you should care.
2 comments