“This is a 17-year-old boy who came in as a category 1 trauma yesterday for a rollover MVC with bilateral uncal herniation, epidural hematoma and subdural hematoma currently intubated and sedated with propofol and fentanyl.”

As the overnight resident presented this patient on PICU, we could see everyone’s early morning smiles fading slowly and beginning to understand the grave consequences anticipated in this severe traumatic brain injury. We could see the wheels churning in the doctors’ brains, emotions churning in parents’ minds and tears turning in the rest of the family. The family understood how severe this injury was, but they kept saying, “We are hopeful.”

In the upcoming days, we would talk about the numbers and adjustments we would want to do that day. We would talk about how many boluses of the sedative he needed. We would talk about his central DI, terrible gases that he had and various ventilator settings we wanted to correct for those numbers. Then we would translate everything to the parents. We would tell them that we need to decrease his metabolic needs and give as much oxygen as possible to his brain. Eventually, we would ask, “Is there anything else that we can do?” Every time we would hear, “You can’t give me the one thing that I want, and that is to bring my son back.”

His central DI eventually resolved. His epidural hematoma was drained by neurosurgery, although reluctantly. His requirement of sedation medication worsened. Now he was on four drips to minimize any extra energy expenditure that can worsen his numbers. He had a monitor placed in his skull to measure the pressure inside the brain. Medically, there was no change in his outcome as his pressures continued to show worsening signs of brain injury.

Over the next week’s course, we saw the family, a few of them driving from faraway places. We saw his grandfather balling his eyes out, “He had his whole life ahead of him. Why him and not me?” he would ask every time. We saw his girlfriend by his bedside for the majority of the day, shocked and quietly looking for any changes in his breathing pattern. We saw his mother, running in from her bed sofa, hoping for a miracle with every beep of his ventilator or ICP bolt.

The attendings would lead multiple discussions with the family about the withdrawal of care. We would talk about needing compressions or shocks to keep his heart alive. All these meetings would end with: “We are still hopeful. Our son is a fighter. He will survive this.”

As the week progressed, I kept seeing his “normal” photos. They made him a collage with lots of happy faces with friends, family, and feline. I grew fond of this family and was proud of them to show their sick son that he was loved and supported.

Ten days and multiple drips of propofol, fentanyl, rocuronium, versed and vasopressin drips later, he was noted to have a perfusion pressure of 30. His heart rate was in the 30s. His ICP bolt kept beeping when it read 30s. This was an uncharted territory for me.

Being a pediatrics resident, I was lucky to not face so many deaths in my short career of 1.25 years. However, here I was, frequently bringing up words like “devastating outcomes,” “neurologically impaired,” “severe brain bleed” in front of parents.

Finally, the day (or night) came. I was on a PICU 24-hour shift, and I knew that he would either pass away or be very close to it by the end of that shift. That evening, I had a chance to seriously sit down with the parents. I asked them the uncomfortable questions, looking for comfortable answers about doing uncomfortable things to their son’s body to keep him alive. We talked at length about chest compressions, shocking and emergency airways.

“So are we good for the night?” his dad asked me about 30 minutes after that conversation. He seemed distraught but tried to keep a strong face in this situation. Mom was obviously overwhelmed emotionally and fatigued mentally. She just nodded and smiled as I talked with them. I told them that I do not expect anything to happen overnight as long as he is on these medicines and as long as he is sedated. Then I saw his dad, agonizing over writing his home phone number on the board in case they needed to be contacted.

That was the moment I could not hold my tears. Here was a dad making sure that his child is well taken care of. We already knew this phone number ever since he was admitted, however, here is a patriarch who is doing everything in his powers to make sure his son’s caretakers know how to reach them. That reminded me of my dad trying to make sure that my chemistry teacher knew that I was weak in organic chemistry.

The next day, when I was supposed to be off, I continued to “stalk his chart” to see where he is progressing. After hitting refresh, I came across the attending note. Time of death: 16:32.

Working with or against death is part of our lives in hospital.

Providers also go through five stages of grief when they know the severe outcome. However devastating these experiences are, they are important as a resident. These events are constant reminders about why parents do what they do to make sure their young ones are cared for, even though they might be breathing their last few breaths. 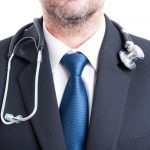 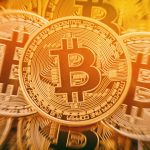