Online dating is all the rage these days. Statistics suggest that over a third of couples now meet online. For a lot of older readers of this blog, who met their husband or wife the traditional way and are baffled by this whole new world (and don’t get me wrong, there were probably many ways in which those days were better!), whether you understand the whole online or app dating thing or not — it is something your children and grandchildren will be doing to meet their future life partners.

I’ve written previously about the power of a smile and how somebody’s profile pictures can tell you a whole lot about their underlying character. This is based on a theory in psychology known as thin-slicing.

As somebody who has been through this whole thing myself, I think I could write a short book on my experiences! In addition to a smile, I have all sorts of other theories as to what different things mean on an online profile. For example, what it means if women only have pictures of themselves in groups (yes, that really happens), only post pictures from a decade or more earlier, adopt certain poses, preference for outdoors versus indoors shots — and a whole lot more too. In addition, what certain phrases and vague descriptions really indicate about that person, along with the implications of poor spelling and grammar on a profile. To be fair though, I obviously come from a male’s perspective, and I’m sure the ladies of this world have their fair share of theories on mens’ profiles and interesting or unusual things we do as well!

We’ve all heard the famous saying that a picture is worth a thousand words. Humans are visual animals, and viewing photos of your future match are obviously extremely important. Two of the biggest online dating sites, Match and Zoosk, have recently started encouraging video profiles that allow you to “tell your story” in a short video clip. There are tools to add photos and be creative while you are talking in front of the camera. In the era of smartphones, it’s an easy thing to create from the comfort of your own home. This is a genius advancement, because anyone who has been through online dating and the process of actually meeting people for the first time, knows how photos can mean very little beyond telling you only about somebody’s appearance. Videos will be the future because somebody’s personality can totally come across in a few short minutes — giving a much clearer picture of who that person is. How many thousands, or maybe now millions, of horror dates would be avoided if only people could see a one-minute video of their potential match? How much time would be saved by busy people wanting to meet their future life partner?

This being primarily a health care blog though, I suppose I should get back to the medical world before I digress too much. Well, this whole video thing got me thinking about another huge topic right now: telemedicine. Everyone in health care is talking about it. I’m going to admit that I was a huge skeptic of this technology at first, believing that only a real-life doctor-patient interaction was the way things could happen properly. I have however done a complete 180 over the last couple of years. That’s because the future inevitable success of telemedicine lies in the exact same reason why online dating’s future will be in short videos rather than photos and text. There are three reasons for this:

1. Humans are social beings who crave one-on-one connection. This may seem odd to say with telemedicine, because it is essentially not face-to-face in real life — but as humans, we can totally form connections when we are visually seeing someone. We are primed to talk and communicate with other people by facial contact, when we can look at each other, subconsciously analyze facial expressions and body language, forming our innate snap judgments. It’s also why we can connect with people while watching TV shows and movies.

2. Health care, like dating, is an immensely personal and emotional arena. No amount of talking over the phone, communicating via an app or text — can ever be a substitute for personal connection with your physician when it comes to matters involving your health and well-being.

3. On a clinical level, assuming an urgent examination is not needed, there is much that can be gained from a virtual telemedicine consultation and assessment. Look out for this more and more — as the traditional office appointment goes out of the window for lots of routine ailments. Personal relationships can still be maintained between the patient and their doctor, and it’s something patients will appreciate, as long as they still get to see their doctor in real life too. Unlike many things about the realities of frontline health care that the technology world does not understand, telemedicine is a concept that will ultimately work out. Hopefully, any issues with insurance coverage or reimbursements, can quickly be resolved too.

The ubiquity of smartphones and other devices with instant video capabilities has also been a game-changer in finding it easy to communicate this way. None of the above is to say a telemedicine visit is likely to ever completely replace face-to-face office or hospital interactions — but does go to show that as long as we continue to propel ourselves into a technological future, we still remain human beings, who need a certain level of contact with physicians. Telemedicine can totally satisfy that. 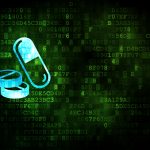 When EMRs crash: It's time to push back 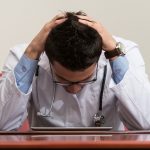