One of my readers, Natalie, wondered about my thoughts about the digital pill.

My initial reactions were similar to several of those who were interviewed for the article. The digital pill, which provides electronic information to confirm whether someone has ingested the medication, has great potential to become a tool of coercion. Aripiprazole (Abilify) is classified as an antipsychotic medication, which is often prescribed to people who have beliefs that machines and other surveillance tools are in their bodies. Why would the nascent technology of a digital pill make its debut for this population?

I have several other concerns about this digital pill:

1. The purported mechanism of action for aripiprazole (Abilify) involves hand-waving, which is yet another reason why its debut as a digital pill is perplexing. To the manufacturer’s credit, the package insert for aripiprazole is blunt: “The mechanism of action of aripiprazole in schizophrenia or bipolar mania, is unknown.” (Section 12.1.) The explanation in the scientific papers, though, gets those hands waving all over the place (warning: technical language fast approaching):

How does that work? Especially since science has yet to determine the underlying causes of psychotic disorders, such as schizophrenia?

So, in sum, this is a digital form of a medication that has an uncertain mechanism of action for a disease that we don’t fully understand.

2. The focus on adherence to medication assumes that the ingestion of medications is the most important aspect of treatment. This may be true for some individuals, but does not apply to everyone. Psychiatry focuses on maximizing function and quality of life. Sometimes people can attain both without taking digital pills daily.

3. Most people under my care don’t have access to technology like smart phones. Some of these individuals also have the most severe symptoms and are the most likely to benefit from a variety of interventions: Skills coaching, housing, nutrition, exercise, art, and talk and behavioral therapies, in addition to medication.

4. I don’t know how the data from this digital pill will actually change care. Psychiatry, for now, still relies on the observation of thoughts, emotions, and behaviors of people. Whether someone is taking their medications or not may not actually change treatment plans.

For example, say Natalie is under my care and takes a digital pill. I learn that Natalie takes this medication five days out of seven. All sources report that she’s doing okay: She’s getting along with her family, is going to school or work, is keeping up with her rent, and continues to follow the blogs she likes. Do I encourage her to take the medication every day? What more gains might she make? What if it detracts from her quality of life to have to take a medication every day, particularly when she’s doing okay?

Or, what if the digital pill tells me that Natalie hasn’t taken medications at all since I prescribed them to her? And Natalie continues to experience significant symptoms? I guess it’s helpful to have confirmation that Natalie isn’t taking medication, but, if I have sufficient rapport with Natalie, she’ll straight up tell me that she’s not taking it. Why use a digital pill when I can get the information from someone directly? Particularly when she can tell me the specific reasons why she doesn’t want to take it?

Or, what if the digital pill tells me that Natalie is taking the medication everyday, but she also continues to demonstrate significant symptoms? Again, the confirmation that she’s taking her medications could be helpful, but if I have rapport with her and she continues to suffer from symptoms, it’s likely that she would tell me this information, anyway.

If physicians want people to trust them, then physicians must show that they trust the people under their care. There are easier and more compassionate ways to get accurate information without resorting to a digital pill.

5. Lastly, who are we actually treating with this digital pill? Who is going to feel better with the data the pill generates?

This data won’t tell individuals anything they don’t already know. They will know if they took their medications or not. (And savvy patients will figure out a way to subvert this digital pill reporting: Maybe they will give the meds to a pet or to another person.) This data is meant to help physicians feel better, not patients.

If the goals of psychiatry are to help reduce suffering, improve function, and help people live the lives they want to lead, we cannot rely on medications alone to achieve this, particularly for those individuals with significant symptoms. Even if the data shows that someone is taking medications daily, that process measure is meaningless if the person’s overall function and quality of life remains poor.

The accused physicians who are my colleagues

Look to online dating for the future of telemedicine 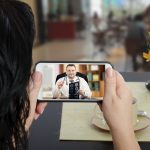 A psychiatrist’s perspective on the digital pill
3 comments