The hospital I work in used to have posters hanging up, describing patients’ rights. The right to have their medical care explained to them, the right to refuse treatment, the right to be treated courteously and the right emergency care regardless of the circumstances.

These posters are no longer displayed, but the concept hasn’t gone away. The health care team I work with makes every effort to treat people fairly and humanely. If a person refuses a test or treatment, that’s fine. If someone wants to leave against medical advice, they are free to go.

And what if I’m a bedside nurse, and I very strongly disagree with the course of treatment? Where is my right to refuse? What about when it becomes my job to torture someone?

Charlie Guard, the English child whose parents wanted to fly him to the U.S. for experimental treatment, became an unfortunate poster child for Republicans campaign against state-sponsored health care. Out of all the garbage written about that, I read one good article. A nurse wrote about working in a PICU and watching patients suffer. Think of the nurses, she wrote, who know a patient is suffering and are forced to be part of that suffering knowing the outcome.

We had this patient named George in our ICU a few years ago. George was 95 and had cancer. He was never able to speak for himself, so his son spoke for him. George was with us for close to two months. In that time, he suffered terribly. Anyone with any medical experience knows that people with bony metastasis require a lot of pain medications. The patient’s son insisted, repeatedly, that we only medicate him with Tylenol, because he didn’t want him given narcotics. (We gave them anyway, when the son wasn’t there.) He insisted his father undergo radiation, wanted him to have chemo, and if he wasn’t weaning from the vent, why couldn’t he get a trach?

He got the radiation. Chemo and a trach were out of the question. But according to our current health care structure, the patient has a right to autonomy, to make their own decisions. In lieu of the patient, the surrogate decision maker calls the shots. He or she is supposed to speak to what is in the patient’s best interest but too often, they are thinking of themselves. Or they’re irrational. Who bears the consequences of these decisions? The patient, the physicians, and the nursing staff.

Especially the nursing staff. The things we do to patients in the ICU are horrible, but they’re in the name of preserving life. When death is imminent, these needles and tubes become instruments of torture. When George’s heart stopped, we were required by law to do CPR, with the knowledge that we would only break his ribs.

I took care of George about two weeks into his stay on a day when we trialed him off the ventilator. He lasted about twenty minutes. In those minutes, his eyes closed. His pulse and respiratory rate increased as his oxygen levels dropped, but he rested. He was 95 and terminally ill. We had to re-intubate him, of course, because his son was dictating his care and I believe it was the first time I’ve cried during an intubation.

Where are the nurse’s rights in that situation? Why am I forced to torture when I am in this profession to comfort and cure?

Consider a patient with advanced Parkinson’s getting chemo or the patient who said she wanted to be left in peace, but since she cannot speak for herself, she now has a feeding tube. The 88-year-old with no family that wants CPR but no breathing tube and so we code her until two physicians agree that we have tried long enough. My fellow nurses and I become part of the conspiracy, a gang of brutes preying on the helpless with no choice but to comply with the knowledge that we are causing pain, wasting resources and the result is death. Beyond outright quitting, we have absolutely no choice in the matter. Unlike our patients, we don’t have the right to refuse.

Physician wellness at the personal, institutional, and cultural levels 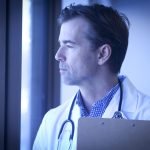 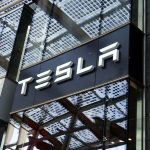 Patients’ rights? What about the nurses’ rights?
3 comments