Let’s conduct an experiment. Ask a baby boomer, say someone over the age of 60, about the landing on the moon in 1969. You can count on an emphatic response with people recounting the memorable moment when the moment was televised. The reverence, admiration and utmost respect for the NASA’s scientists and astronauts is practically palpable. NASA, considered the pinnacle of scientific innovation at the time, practically glowed with a “halo effect” of success. Landing a human on the moon was no small feat, and the NASA brand solidified itself as the leader in space innovation and exploration.

Which institutions, enterprises or individuals do millennials hold in high reverence, as in our example above? Not surprisingly, Apple, Google, Facebook and SpaceX have been shown to be wildly popular companies amongst young adults. Millennials have shown an admiration for industry leaders such as Elon Musk. Musk, the CEO of Tesla and SpaceX has created a “cult-like” following for his brands.1 In fact, in a recent survey by the World Economic Forum asking millennials which leaders they admire the most, Elon Musk landed in an impressive third place, beating Bill Gates and Steve Jobs.

This is not idolization we are talking about. This represents a fundamental shift in values from one generation to the next. The reason why these companies and figures like Musk are important is due to the value of “purpose” these entities represent. Why work as a physicist for the government when you can help land a human on Mars with SpaceX?

How do these generational sentiments and values affect young doctors in training? Does “purpose” translate to our decision making when choosing our residencies? Jobs? More importantly, how are academic medical centers (AMCs) viewed by young physicians in training? Who are the SpaceX, Google or Facebooks of medical institutions?

As a fellow in my last year of medical training, I never paid much attention to national hospital rankings or standings. I assumed that university-affiliated hospitals, lauded in historic prestige, always ranked as top medical institutions. Why wouldn’t they? AMCs have existed for over 100 years, and their model of health care has remained largely intact for more than a century. It came as somewhat of a shock when I discovered that the top hospitals (Mayo Clinic and Cleveland Clinic), according to the U.S. News & World rankings, have similar models, differentiating themselves from traditional academic hospitals affiliated with large universities.

Why should we care about rankings, business or leadership models? Why would millennials potentially be attracted to certain medical enterprises? As it turns out, generational sentiments, such as “purpose” and lifetime events, such as the 2008 financial crisis may play a big role in our career choices.

The “purpose” behind physician-led hospitals: practicing the “right” medicine

Both Mayo and Cleveland Clinic are “physician-led” hospitals, meaning that doctors play a vital role in hospital management. The CEOs of these hospitals, for example, are both physicians with active clinical and academic careers. If we examine hospitals across America, we see a familiar and predictive trend associated with physician-led hospitals. Hospital performance and quality of care have been directly linked to the degree of clinical expertise amongst hospital leaders. This trend is not unique to medicine and has been noted in other fields. Having a leader with extensive training and expertise related to the company product leads to higher satisfaction amongst staff. If there is an evidence-based relationship with physician based leadership and better delivery of health care, how will hospitals take advantage of this fact to promote health care models? Will young physicians choose “physician-led” hospitals for employment?

We can examine the tech industry and millennial sentiments to appreciate how physician employment, and by extension, our future leadership may evolve. In the tech industry, millennials actively look for employment in companies that support a specific purpose while allowing employees the independence to develop ideas. In other words, companies such as Tesla and Google are not only popular due to the robustness of their business models. It’s the ability of these companies to inspire employees by embarking on bold and innovative projects and by hiring charismatic and inspirational leaders that makes them successful and attractive. According to Tony Cosgrove MD, CEO of Cleveland Clinic, one of the reasons for their hospital success is that they create an environment where employees can present bold ideas, helping create an environment which promotes innovation and progress.

The rise of medical enterprises: academic medical centers at risk

Perhaps one of the most significant contributions millennials can make to modern health care is redefining what it means to be an “academic.” Traditional academic medical centers, affiliated with large universities, are failing to adapt economically while
losing significant federal and state level funding (Medicare, Medicaid, and NIH funding). According to David W. Johnson, CEO of 4sight Health, a health care consulting firm, AMC’s have become over bureaucratic and inflexible when dealing with
modern health care changes:

AMC ownership and governance structures have become impediments to market responsiveness, agile decision making and robust capital formation strategies. This is particularly true in university-owned AMCs … Misalignment starts with governance and … throughout all academic and clinical activities. University boards are … lacking in health care expertise and politicized. They tend to focus on priorities that improve rankings, enrollment and research dollars.

According to Johnson, with health care’s astronomical costs, the public (and by default insurance markets) will seek partnerships with less expensive, non-university affiliated medical enterprises. Will millennials, shackled in debt, align themselves with more profitable, economically viable institutions with the possibility of pursuing academic goals? With federal dollars drying up, how can we expect AMCs, already failing to maintain financial buoyancy, to fund our research?

Private medical enterprises such as Cleveland Clinic and Kaiser Permanente are not only expanding their business models (Kaiser has 38 medical centers, and Cleveland Clinic operates in three other countries besides the U.S.), these institutions are also building medical schools (Cleveland Clinic recently announced a partnership with Case Western Reserve University with a new medical school currently under construction) which will begin enrolling students in the near future. The opening of these medical schools marks a milestone for medical education. Times have changed, and economic forces are posing a Darwinian challenge on traditional AMCs. Millennials, scarred by the 2008 financial crisis, have managed to crawl through economically uncertain times. Feeling betrayed by a financial system that not only jeopardized our economic well-being but that also wiped out our parent’s wealth, millennials will choose financial security over academic prestige.

Innovation is key to us, passion is our nature, and financial independence is our goal. Given the chance, we will opt to work for companies that not only inspire us, but places which also have a proven track record of financial success. If traditional academic centers want to attract the best talent, maybe they should ask Elon Musk for some advice.

Cesar Padilla is an anesthesiology resident and president, resident component, Society for Obstetric Anesthesia and Perinatology.

Patients' rights? What about the nurses' rights? 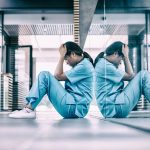 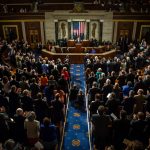 Who will inspire millennials in health care?
2 comments