As a practicing OB/GYN, I feel lucky to be working in a field so full of promise and with space for advancement of medical technology. Although prospects of improved fetal imaging, cervical cancer prevention, and techniques of minimally invasive surgery are game-changing, new discoveries in the genetics arena of our field strike me as simply incredible.

Prenatal genetic testing has only been reasonably available to mothers since about 1970, and at that time was limited to invasive testing using amniocentesis, which carried significant risks. Although “amnio” still has a place in obstetrics, the availability of bedside ultrasound has improved the safety profile greatly.

Following amniocentesis, the need for a procedure which allowed for evaluation at an earlier gestational age pushed us forward and helped bring chorionic villus sampling (CVS) to the forefront of obstetrics care in the 80s.

Unfortunately, both those procedures are invasive and carry various risks to both mom and baby. While both procedures are still used today, most feel the associated risks are reasonable only in high-risk populations: those that carry a relatively high risk of conceiving a baby with a severe genetic defect. This fact left a huge group of low-risk women with no real options for prenatal genetic screening.

The 90s brought about another era of genetic advancement by introducing serum screening comprised of various hormones and serum markers which could be analyzed with a simple maternal blood draw. The extensive research required to develop such screening tests is incredible. Although these screens minimize risks compared to amnio and CVS, they sacrifice the actual chromosome-detection offered by invasive testing. Serum screening is important and helpful, but can provide only a risk analysis and not a true diagnosis.

In the past 10 to 15 years, a new player has come onto the field: cell-free fetal DNA (cffDNA). Nothing short of incredible, cffDNA offers a minimally invasive test requiring only a maternal blood sample to evaluate fetal DNA (present in maternal circulation) for genetic aneuploidy. By identifying that fetal DNA was not only present in the maternal circulation, but that it could be isolated and evacuated, the medical researchers responsible for these discoveries revolutionized prenatal diagnosis. Although most geneticists and physicians still recommend “definitive diagnosis” with invasive methods, this type of screening can provide a relatively accurate look at a fetal chromosomal makeup as early as ten weeks gestation.

It’s easy to see where we’ve come from, but identifying where we’re going is more difficult. As recent as 25 years ago very few physicians would have been optimistic that fetal DNA was even present in maternal circulation in large enough amounts to actually isolate. However, a forward-thinking researcher managed to not only isolate it, but to develop an accurate test for chromosomal analysis which could be expanded into clinical use.

Although not indicated for everyone, cffDNA has been an amazing game-changer. The future is unpredictable, but I am hopeful that it holds promise of minimally invasive prenatal diagnosis for more than just potentially lethal anomalies. Improvements in ultrasound, genetic screening and risk-analysis could open the door to a future where parents have freedom to anticipate and plan for needs beyond just major aneuploidy.

Danielle Jones is an obstetrician-gynecologist. This article originally appeared in the American Resident Project.

Seeds, popcorn, and nuts in diverticulitis: fact and fiction 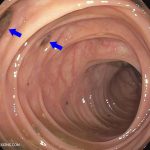 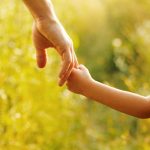