Over the past seven seasons, Game of Thrones fans have demonstrated the ability to spot an emerging threat early on — a quality more leaders in health care need to possess.

If you’ve tuned into the popular HBO series from the beginning, you likely recall Ned Stark (Lord of Winterfell) forecasting doom and gloom in the show’s opening episode, appropriately titled “Winter Is Coming.” Right then, you knew something bad was lurking, and yet very few characters paid the warning any mind. Instead, the rulers of the seven kingdoms focused their energy and attention on the political squabbles at hand, a trait they share with many health care leaders.

In-fighting dominates today’s health care landscape: Insurers and care providers clash over pre-authorization, medical specialties are locked in endless turf wars, and primary care physicians struggle to eke out their small slice of the financial pie. In doing so, they’re failing to spot and act upon the biggest threats: Health care costs continue to rise faster than our ability to pay, inefficient hospitals and care systems have become the norm, and we are all close to the breaking point.

For patients, annual out-of-pocket costs are reaching unaffordable highs. The CDC reports 40 percent of all Americans with employer-based insurance now have a high-deductible health plan. Five years ago, that number was 14 percent. And despite stagnating wages, employees now contribute 32 percent more toward their family’s premiums than they did in 2012. Company contributions toward premiums over that same period are up a mere 14 percent. The result is workers now pay an average of $5,714 a year toward premiums alone, and it’s $6,814 for people working at companies with fewer than 200 employees.

Inside our nation’s hospitals and medical offices, redundant care is commonplace and at odds with what the clinical studies show to be most appropriate. All this ineffective care has driven up costs without any notable improvement in quality, signaling a major threat to our nation’s financial and overall well-being.

For years, we’ve heard about the need to transform care delivery. Still, most health care professionals assume someone else – businesses, the government or their patients – will come to the rescue and shoulder the ever-growing economic burden.

Health care needs someone willing to act on the threat. In Game of Thrones, that someone was Jon Snow, the supposed bastard son of Ned Stark. Wanting to make a difference in the world, Snow left Winterfell behind and journeyed north to join the “Night’s Watch,” protectors of the wall. Standing guard atop the giant structure of ice, Snow proudly guarded the realm, battled the external threat head-on and earned the title “King in the North.” In the future, we will need more John Snows in the medical profession than we have today.

Time and again, the powers that be, regardless of industry, tend to dismiss threats to the status quo as distant and improbable. They pay a massive price for their overconfidence. Just ask Kodak, Borders and Yellow Cab. History teaches that outside forces will disrupt any inefficient organizational model. Health care will be no different.

County officials in Santa Barbara, for example, got so fed up with the monopolistic pricing of two local hospitals that they began offering their employees thousands of dollars to get routine surgeries done in San Diego. One major health group, the Pacific Business Group on Health, used its market power to lower the cost of total joint replacements, outright refusing to pay providers more than $30,000 total. And throughout the country, self-insured businesses are sending more and more patients to Thailand and the Cayman Islands, where the quality of care matches the best providers in the U.S., with prices up to 50 percent less than in American hospitals.

Indeed, winter is coming to health care as we know it. But what will be the breaking point? As we know, disruption in Game of Thrones was triggered when a zombified dragon descended from the sky and melted the giant wall of ice that separated the living from a massive army of White Walkers. The process for health care will be less dramatic, of course, triggered perhaps by the next recession or the failure of Congress to stabilize the insurance marketplaces, but the consequences will be extreme nonetheless. Transformational change will happen.

Today, there are more than 5,500 hospitals in the U.S., almost as many as there were two, three and four decades ago, back when the need for inpatient services (and therefore the patient volumes) were dramatically higher. To make U.S. health care more efficient, some hospitals will need to merge; others will close their doors, for good. It will be painful for hospitals but good for clinical outcomes.

As patient care improves, we will need fewer specialists, and we’ll rely on them to perform more procedures with greater expertise. Resources will shift from procedural specialties into primary care, thus maximizing preventive medicine and chronic illness management. All physicians will need to offer patients video visits and other convenient forms of virtual care, rather than requiring them to miss work and important life events. None of this will be easy. All of it will be necessary to rescue American health care.

In fantasy fiction, supernatural solutions to complex problems are possible, if not inevitable. I predict that all major threats posed in the next and final season of Game of Thrones will be addressed through strong leadership and courageous action, likely with the assistance of one or more dragons. Alas, these kinds of magical outcomes don’t exist in real life. Addressing the threats facing health care will require leaders to demonstrate vision, anticipate and prepare for disruptive forces, mobilize people, engender broad collaboration and make change happen before it’s too late. But who among us will step up?

The U.S. government, despite its relative inaction in 2017, has the power to create a regulatory framework that ensures a competitive, transparent health care marketplace. With bipartisan support, Congress can reverse the opaque and monopolistic pricing approaches of drug companies and hospitals today.

In the private sector, the nation’s largest businesses have the power to demand care delivery transformation, but only if they can coordinate their efforts. If all the largest purchasers told doctors and hospitals they had five years to (a) integrate, (b) implement a comprehensive electronic health record and (c) prepare to be paid through capitation, I am confident providers would make the improvements needed. Especially if businesses were willing to back up their demands by no longer including inefficient providers in their employee health plans.

Most important, patients need to speak up and “vote with their feet.” Using available tools that rate the quality and cost of care providers (including ranking systems provided by the NCQA, J.D. Power and Medicare), patients can and should choose the most efficient and effective care options available.

I predict everyone in the health care profession will have a decade, maybe two, before major disruption transforms American medical practice. And though we may not know exactly when or how it will happen, we do know this for sure: If we wait for a magical dragon to swoop in and save the system, we will all be very disappointed. 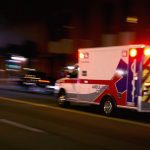 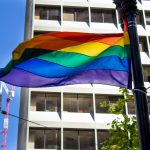