An executive summary of “A radically patient-centered proposal to fix health care in America.”

The political theater over health care reform has quieted after yet another ugly show. A productive dialogue about big ideas seems impossible in our hyper-partisan climate. No matter which party holds power, any significant proposal is quickly met with fierce opposition from a variety of political and business interests.

So, for many decades, America has settled on incremental tweaks  — mostly preserving a fundamentally broken system. It has become a persistent deja vu.

However, if we can set aside scapegoats and myopic partisan views, there is a radically patient-centered solution that would marry concepts from both sides of the aisle. This proposal includes an adoption of:

Providing every single American a “personal health account” (PHA) to manage a 20 to 30 percent share of health care dollars ($2,000 to $3,000 per person per year) would revolutionize many aspects of the health care system for the better. While some on the political left oppose wider use of “savings accounts,” PHAs would differ from those in a number of key ways — including empowering lower income and sicker people to get better routine care.

Mandated contributions (payroll withholdings) and means-tested subsidies must be implemented to create a universal and equitable adoption of PHAs. Also, additional temporary subsidies should be provided to people over age 55 to help in transition.

PHA funds could be used to pay for any eligible services define similarly to current health savings accounts (HSAs) criteria. Direct, simple transactions between patients and providers would restore transparency and drastically reduce administrative costs for routine care. Broad use of PHAs would place true downward pressure on the prices of routine medical services, while also promoting value-based decisions.

By focusing on actual patient care, rather than complex billing schemes, providers, and supporting technology, would be free to innovate and grow new care models of care. A universally driven PHA system would eliminate the concept of “networks” at most routine levels of care. PHAs would be used as first-dollar coverage broadly (preventive care, chronic disease management, acute care, other) but would be superior just mandating a narrow scope of “preventive” care. A PHA driven system would restore the role of long-term patient-provider relationships, especially at the primary care level.

If not spent on care in a given year, PHA dollars could be saved for future needs. Over time, many people’s PHA accounts would grow quite large with savings. This money could be invested in low-risk vehicles or shared with a family member within certain parameters.

While PHAs could support the needs of 70 percent of people in most years of their life , a universal safety-net must be accessible if these funds are inadequate to cover medical expenses.

The most feasible way to create a broad health care safety-net for every American is an expansion and major reform of Medicare. While most on the political right will be skeptical of this approach, it does not need to be the all-encompassing bureaucracy they fear. Our current mishmash of government programs, heavy regulations on employers, and subsidizing insurance companies have proven to be much messier and prone to cronyism.

Eligibility for the new Medicare program would be based upon first, usage of individual PHA funds and then, a deductible based on household income. Although all ages would be eligible, in total, fewer people would be micromanaged by a government program than is currently done by Medicare and Medicaid.

Once eligible for the new Medicare, a person’s medical expenses could be paid or shared in a variety of ways. All provider charges would continue to be applied to PHAs to help keep a uniform system of accounting and transparency. Once Medicare-eligible, financial support could be provided via subsidies to help cover these charges.

In addition to changing Medicare eligibility standards, the new Medicare should undergo some major structural reforms , including a unification of its various parts under a single plan, implementing cap on co-insurance responsibilities and a revision of how Medicare determines the value of a particular medical service.

A universal Medicare program would necessitate elimination of Medicaid. So, a new approach to supporting people with long-term care services, such as assisted living and nursing homes, must be implemented. The best approach to do this is removing these services from traditional medical plans and for states to create a plan to suit their citizens’ needs.

The main purpose of this proposal is to change how Americans pay for health care. Unfortunately, 90 percent of the current debate about health care reform is who pays the inflated tab. However, a plan for equitable financing and the appropriate role of government involvement in the health care system is necessary.

To fund CMS operations (PHA subsidies and Medicare program) a broad-based 7 percent tax of income (via payroll/FICA) and Social Security benefits should be sufficient. The exact tax percentage could be adjusted to keep a neutral budget; a far simpler approach than our current hodgepodge of taxes.

With any systemic change, it is inevitable that some will pay more and others less in the short term. A variety of scenarios based on income, age and health expenses were calculated under this proposal. The vast majority of people, including those of lower or moderate incomes, will pay less than they do through an employer group health plan or plan purchased on an exchange. As real health costs are reduced over time, the goal is for everyone to pay less.

This combination may appear to be strange bedfellows but is the best path to lowering costs, ensuring a safety-net and minimizing government micromanagement. Under this proposal, that could be done in an equitable, responsible, and sustainable manner.

And maybe, just maybe, it could also be politically palatable to a majority of Americans.

W. Ryan Neuhofel is a family physician and owner, NeuCare Family Medicine. He can be reached on Twitter @NeuCare.

KevinMD on health reform, social media, and the doctor-patient relationship 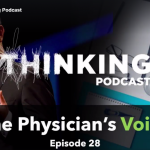 The hidden crisis within the health care crisis 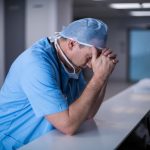