I’ve had some of the most wonderful experiences of my entire medical training working with kids and their families. And this, to me, is not surprising. After all, I envisioned myself as a pediatrician long before I ever entered medical school.

However, I remember that more frequent news of declining vaccination rates at one point temporarily gave me pause: What would it be like to take on the tremendous responsibility of convincing a parent to protect their child against some of the world’s most dangerous diseases? I knew that with time I would be up for the challenge, but early on in my training, it definitely seemed daunting. In any case, several months into my rotations, I had only been seeing parents on the other end of the spectrum. In fact, I had seen a parent tell their child’s provider, “Your job is to know what vaccines my kids need; my job is just to bring them to you.” The trust these attendings (and often even residents) built with patient families was nothing short of inspirational.

On this particular day, the family I saw with the team was a soft-spoken couple who had just recently moved to the area with their infant. Going through the well-child visit, the topic of vaccines, of course, came up. The family was quite distressed about a fever and feeding changes that seemed temporally related to their child’s last vaccination. As a result, they were hesitant to continue with the established vaccination schedule. They probed us with questions about the reason for each of the different vaccines, and were actually more than willing to have us administer some of them, but they also questioned the utility of some others. The parents seemed convinced up to a point, but upon realizing that we were intending to administer all the due vaccines on that day, they suddenly decided that they would like to return at a later visit for the vaccines. As we watched the family leave, we were left wondering if they would, in fact, ever follow through on that future appointment.

I was looking forward to debriefing with the team after this encounter, my very first encounter with parents who declined routine, well-child vaccinations. As I was internally processing the dynamics in the patient room and the family’s reasoning, my ears tuned into the conversations taking place around me. The frustrated sighs communicated that it had been our job to reassure the parents and we were now feeling like we had let that child down. But I also heard a voice mutter, “those crazy anti-vaxxers,” and some others agree with gusto.

As medical students in this generation, we are blessed to be training at a time when, at least in the developed world, we are unlikely to see the terrible pediatric consequences of the microbes that vaccines target. Children are safer and healthier today than they were a century ago, and that is indisputably a good thing. But it also means that we as a society have trended towards a sense of complacency. When we no longer see the havoc that a disease is capable of wreaking, it’s easy to forget the importance of protecting ourselves and our loved ones against it.

However, the label “anti-vaxxer” has always made me feel a little uncomfortable. Vaccines are one of the most tremendous public health interventions of all time, and to think of someone who might be opposed to such a life-saving invention leaves a bad taste in your mouth, especially when you’re in the medical field. But the term has the effect of dehumanizing the individual, discrediting their concerns, and throwing them into a convenient mental space. It’s hard to think of a parent that doesn’t have their child’s best interests at heart, but the term “anti-vaxxer” casts them as a villain — an adversary in this chronicle of their child’s life; someone who is to be chastised and derided.

It is also a label that feels permanent and inflexible, implying that the person has gone so far down the anti-science path that there is no reasoning with them. And this particular family that we saw was none of those things. Their concerns were rooted in their prior observations, and they were reaching out, asking questions, partially convinced, and hoping to be fully reassured. I hesitate to believe that they were deserving of a label that suggests that they may no longer be worth our efforts, because when we start believing that, we are doing their child — our patient — a disservice.

Subha Mohan is a medical student. 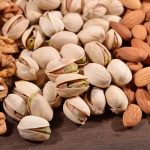 A letter from a parent to her child's pediatrician 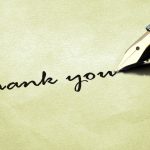