There has been much talk over the years about resident work hours. How long is a safe shift? With safety being considered for both the patient and the resident. But no one ever discusses attending work hours. If putting in a 24-hour shift is bad for a resident, isn’t it bad for an attending as well? When I was working in critical access hospitals, I usually was on call for seven straight days or 168 hours. There was the potential for a long stretch of continuous work during that 168 hours, especially since there was no other doctor to cover for me if it got busy. Was my safety or my
patient’s safety at risk if I worked more than 24 hours straight?

My wife and I just finished a guided bus tour of Spain and Portugal. One day our bus driver was switched for our evening of dinner and a late flamenco dancing show. I inquired about the change, and this is what I discovered.

Our usual bus driver had already been on the job since early morning that day. If he were to pick us up from our evening entertainment, he would exceed his allotted working hours for the day and would get a huge fine: $2,000. Spain feels the bus driver has such an important position for the safety of his passengers that he is only allowed to drive nine hours in a day or be on the job 15 hours, whichever comes first. Also, he is only allowed to work six days in a row and must then take a day off.

“How is this enforced?” I asked. There is a little black box on all of the buses that the driver must log into at the beginning of the day and logout when he finishes working. It keeps track of the number of hours he is working, the number of hours the bus is moving, and the number of consecutive days he drives. If the bus is moving, the black box is recording it. There is no way to fudge the hours he works and the bus can be stopped at any time by an official and have the black box analyzed. If he exceeds his allotted time by even one minute, the full fine is imposed.

So as we drove down the road, I began to contemplate how my job as a physician relates to the bus driver. We both have people’s lives in our hands, have sections of the day that can be monotonous, have to make critical decisions on the fly and need to be alert to the changes happening around us. So why can the bus driver only work 15 hours in a day but I am allowed to work an unlimited amount of time for several days in a row?

There have been numerous studies done on the effects of sleep deprivation on doctors. They have shown a propensity for more medical errors, diagnostic errors, car crashes, near miss car crashes and needle sticks. Yet we only discuss the working hours of residents. They are not even the ones ultimately responsible for the safety of the patient; their attending has that responsibility.

I can vividly remember one particularly bad weekend of call during my residency. I had worked straight through from Friday morning until Monday afternoon without any sleep. By the time of our Monday afternoon conference, I had been awake and working/operating for more than 80 straight hours. I couldn’t think straight or hold my head up. I knew the conference would be useless to me in such a state, so I decided to go home and sleep instead.

I lived only 2.5 miles from the hospital on a road that has no turns before arriving at my apartment complex. I didn’t think I could safely accomplish that simple driving task. Luckily, my wife was home, and I asked her to come and pick me up. I’m not sure if I was still awake when we pulled into our garage.

What if I didn’t have a wife to call to get me safely home? Would I have driven anyway, knowing I didn’t think I could do it safely? What about the work I was doing during that last 10 hours? Was it correct? Did I make the right decisions? Did I write the correct orders?

At the time of this event, I was a resident and someone else was going to look over my work as well. But that was a rough weekend on my attending also. When would he be in to look over my work? Tomorrow? Was that soon enough to correct any error I might have made? Now that I’m an attending, no one looks over my work. The nurses and pharmacy will be checking to be sure I didn’t write a strange order but is that enough? Omitting a needed order can also be a mistake, and there is no one to check for that.

Today residents have work hour restrictions. But there is really no way to enforce the rules. Residents don’t clock in and out. There is no little black box to prove they are keeping within the time restrictions. Attendings have to work long hours so they don’t feel sympathetic to the cause of restricting the resident’s work hours. Hospitals benefit from long resident and attending work hours so they have no incentive to enforce the rules. Attendings who work a set shift put in additional hours after the shift trying to get all their work done and these hours are never counted for anything since the shift is over. And what about the work doctors bring home?

So back to my initial observation. Why is the safety of people travelling through Spain on a bus more critical than that of patients in a hospital fighting an illness or having surgery? Maybe it is time that doctors had a little black box to record what they do, just like bus drivers and airline pilots have. Then the rules we make could have a realistic chance of being followed. In the meantime, let’s all get back to work.

We need to kick our harmful and ineffective addiction to punishment 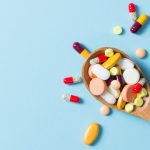 Obamacare isn't a disaster. Failing to improve upon it would be. 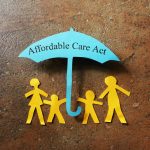 Other jobs have strict rules on hours worked. So should doctors.
11 comments