Congress has returned to DC in the wake of the defeat of Paul Ryan’s American Health Care Act. And while shouting “repeal and replace” might win elections, this debacle proves that the American people will not tolerate their families, friends, and neighbors losing healthcare coverage just so rich people can get tax cuts.

Yet, Congress will certainly revisit health reform again. With the Republican caucus fractured, Paul Ryan should seek out the help of moderate Democrats to fix parts of the Affordable Care Act that would still achieve conservative policy goals.

First and foremost, the individual mandate is untouchable. Its existence has a strong policy purpose, and Democrats will never give it up. But the employer mandate is up for negotiation.

Research demonstrates that the employer mandate if repealed, would not result in significant coverage losses. On the contrary, more people might gain jobs, outweighing those who would have lost coverage. The math makes sense. The employer mandate should go.

Some other taxes that could easily be scrapped — and have even received bipartisan support in the past — include taxes on medical devices, the pharmaceutical industry, and health insurers. The costs of these taxes are merely passed onto consumers. Getting rid of them would provide relief to the people who actually face their costs, patients in our health care system.

2. Bridging the Medicaid gap. Nearly 3 million Americans make too much money to qualify for Medicaid, but not enough to purchase subsidized coverage from HealthCare.Gov. Since many politicians deride Medicaid in states like Texas, Florida, and Georgia, there is a better way to provide healthcare coverage to the poor. Congress should bypass recalcitrant state legislatures and governors and fund direct support for the poor to buy health insurance through the ACA’s Marketplaces.

An idea that has been floating around would allow people caught in this so-called Medicaid Gap to do exactly that — skip traditional state Medicaid plans in exchange for private coverage through HealthCare.Gov. Congress should change the law to allow Americans in states not expanding Medicaid to enter the ACA Marketplaces instead.

For Republicans, it would remove government from the day-to-day delivery of health care; for Democrats, it would ensure that coverage could be expanded regardless of the politics in 19 states yet to expand Medicaid.

3. Fixing the family glitch. Some workers get an offer of insurance that is affordable for individual coverage alone, but family coverage is too costly. Unfortunately, the ACA locks these families out of using federal subsidies to buy insurance. This is termed the family glitch. By altering the calculus determining affordability of family coverage, significant relief can be obtained for nearly 6 million people.

Although fixing the family glitch would not dramatically increase total numbers of people covered, allowing employees with unaffordable offers of family health insurance the ability to access Marketplace subsidies would be equivalent of providing over $1,000 of tax relief to millions of working American families.

4. Cutting costs with catastrophic coverage. Lastly, the cost of coverage must decrease. One way to improve on the cost is to open up the ACA’s catastrophic coverage option to all Americans, not just those who are under 30. The Trump Administration could immediately make this a reality for Americans simply by issuing hardship exemptions.

Congress should then pass legislation increasing the maximum annual contribution limits for health savings accounts up to the level of the out-of-pocket maximum limit of $7,150 for catastrophic plans. This is crucial because current HSA contribution limits are less than half of this amount. By offering lower cost options, Congress could expand coverage and stabilize the ACA’s marketplaces.

Now is the time that Republicans admit that the ACA isn’t a disaster. Their failure to improve upon it, however, would be.

Other jobs have strict rules on hours worked. So should doctors. 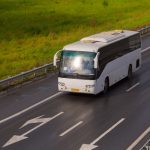 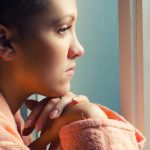 Obamacare isn’t a disaster. Failing to improve upon it would be.
2 comments