The Affordable Care Act Medicaid expansion resulted in unanticipated negative consequences for many patients and physicians in rural, underserved or medically isolated communities across America. Consolidation of health care entities was financially incentivized by the ACA, and slowly my beloved corner of the Pacific Northwest is becoming a medical wasteland.

In a beautiful community on the Olympic Peninsula, just north of where I live and practice, it happened again; another private clinic sold to a large medical corporation. Peninsula Children’s Clinic was a bustling pediatric office meeting the vital, complex healthcare needs of children in Port Angeles, WA for the commercially insured as well as Medicaid patients. Why were they forced to close? A phone call with their office manager six months ago foreshadowed the outcome, “We are losing a great deal of revenue seeing Medicaid patients making it difficult to survive.”

Peninsula Children’s Clinic was unable to remain financially solvent, so they were purchased, like a horse on the auction block, by the Olympic Medical Center. Their website recently posted the following:

Patients seeking care at these hospital-based clinics may receive a separate billing for a facility fee. This fee could result in higher out-of-pocket expenses for patients.

Patients should contact their insurance company to determine their coverage for hospital-based clinic facility charges.

Hospital-based clinics tack on “facility fee” charges, which are separate from the bill for the doctors’ services, for the use of the room in which the patient was seen. One hospital administrator told me to think of it as “room rental.”

Payers must acquiesce and pay the facility fees. As the payers are forced to pay more to the hospitals and hospital-based clinics, guess where they make cuts? They cut their fees to the independent private practice physicians, already struggling to make ends meet. My practice was notified of the impending 50% cut in reimbursement from Kaiser Permanente for specific codes just last week for private providers. In the meantime, as the government incentivized hospitals, are costs getting lower? Are consumers spending less? Are outcomes improving at record speed? Nope, and they won’t be anytime soon.

Medicare pays double the amount for office visits at hospital-owned clinics as compared to private physician offices, according to 2012 and 2014 reports by the Medicare Payment Advisory Commission (MEDPAC), an agency that guides Congress on Medicare spending. For example, Medicare paid $453 for an echocardiogram at hospital-owned facilities, yet the same test performed at an independently owned physician office costs, on average, $189, according to the 2014 report. In its 2012 report, MEDPAC found Medicare paid 80 percent more for a 15-minute visit at a hospital-based clinic compared to one at a private practice.

Based on the prediction Medicare spending would increase $2 billion by 2020, MEDPAC lobbied Congress to equalize payments between hospital-based and private physician offices by eliminating the onerous facility fee. Eliminating the facility fee and setting hospital reimbursement equal to that of independent physicians for 66 procedure groups, results in $900 million per year in savings on Medicare costs. However, eliminating the charges has proved daunting, for $3 trillion “reasons.”

Although MEDPAC has long promoted the idea of “site-neutral payments,” the hospital lobby deafened Congress to this important recommendation. The American Hospital Association opposes MEDPAC’s recommendations on several grounds, including facility fees are warranted because they create the financial incentive hospitals “need” to shore up “loss leaders” like the ER, where they are obligated to treat everyone, regardless of ability to pay. Hospitals say the money helps make up for low government reimbursement rates and pay expenses outside of patient care ranging from electric bills to hospital administrator salaries.

Consumer groups, such as Health Watch USA, say hospitals are charging patients, insurance companies and Medicare more without reason. Their board chairman, Kevin Kavanagh, has emphasized in many newspaper articles and publications that these fees are “essentially double billing,” without improving quality or patient outcomes. Many watchdog groups believe the fees have persisted to promote mergers between hospitals and clinics. Organizations, like the Association of Independent Doctors, have emphasized facility fees add “zero value” for the additional cost.

The facility fee adds billions of dollars to the nation’s health care costs. Patients with private insurance are responsible for as much as a 15 percent portion of the facility fee. One family in Port Angeles accustomed to paying $125 in out-of-pocket costs for doctor visits saw their costs skyrocket to more than $500 overnight. The increase reflects the new “facility fee” charge. Now, this family drives two hours each way to see me, because after accounting for gas and time, it costs less to visit my office than to visit Olympic Medical Center.

The movie, You’ve Got Mail, succinctly illustrates the differences between small and large practices. Meg Ryan closes the doors to her specialty bookstore, Little Shop Around the Corner, for the last time and wanders over to the newly opened big-box Fox Books to browse the children’s section. In one memorable scene, a desperate mother runs in asking an employee where to find the “Shoe Series” of books for her daughter. The hapless clerk blankly repeats “Shoe books?” Meg rolls her eyes and rattles off a list of multiple books in the series from memory, including her recommendation of which to read first, to which the mother was extremely grateful.

I am the Little Shop Around the Corner, as are many surviving, independent physicians across this great nation. We know our patients, their health care, and are effective, efficient, well-oiled machines. Facility fees must be made transparent for patients or abolished like they did by law with Public Act No. 15-146 in Connecticut. Studies continually show small clinics provide better quality care for lower cost, have fewer hospital admissions and keep patients healthier than the hospital-based clinics. We must eliminate the crushing facility fee to level the playing field, eliminate the incentive for hospitals to create monopolies and save Americans hundreds of billions of dollars per year.

That's it: MACRA must die! 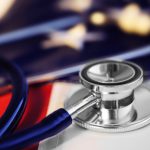 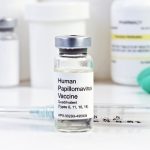