Every clinician knows that “framing” — how we present information to patients — has a big impact on decisions they make about their care. Even something as simple and apparently transparent as talking about survival versus mortality is important, with “a 90 percent chance of living” sounding a lot better than “a 10 percent chance of dying” even if both phrases convey the same estimate of risk.

Things get even dicier when doctors start talking to patients about more subtle concepts like risk-reduction or number needed to treat. The clinical impact of a big relative risk reduction operating on a low absolute risk can be hard for doctors to explain and patients to understand.

The impact of that complexity was the subject of a recent editorial in Circulation. In it, Diprose and Verster speculate that doing a better job of explaining these things to patients, which certainly seems like a good idea, may paradoxically lead to worse population health outcomes. Here’s how it could happen.

They cite several sources that suggest that as patients gain a better understanding of the modest impact of most preventive measures (e.g., statins for primary prevention), they are less inclined to accept the prescribed therapy. This is presumably based on their weighing the small benefit against the disutility of taking medications that may produce side effects or just having to take a pill that makes them feel like a “sick person.” The rub is that if lower utilization were to become widespread in the population, then measures of population health would decline. This is because even modest improvements in disease incidence in a large population can lead to a large number of averted adverse events. Of course, those population measures don’t account for the side effects and general reluctance to taking pills, which is why things look different at the individual and population level.

I feel strongly that a clinician’s primary responsibility is to the patient in front of him, not to the population as a whole, so I don’t see an easy way out of this. 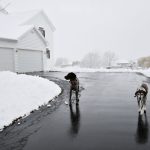 Navigate the X-ray seas with this radiological compass 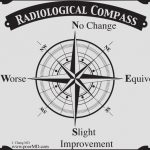