I knew the patient was fuming mad and I could hardly blame him. His symptoms were debilitating and the battle to get a diagnostic test authorized by his insurance company set him over the edge. My staff fought a hard war convincing the insurance company that the patient needed the test and lost. As the patient sat in front of me yelling practically in my face, I felt like the doctor in the middle.

How do I explain to a patient that a test I ordered to help reach a diagnosis was considered medically unnecessary by his insurance company? If it indeed was not necessary, I wouldn’t have ordered it.

However, the agent on the phone was not hearing any of the fact that the x-ray she insisted the patient do first would not see the tendons or ligaments, the exact problem that I was trying to diagnose. So, while she was telling me and my patient that the MRI was medically unnecessary, she was forcing my patient to do an unneeded x-ray in order to earn the privilege of advancing to the level of the MRI. Of course, the x-ray would only show if there was a bony problem of which I was already certain there was not. Not only was an extraneous test performed, but the patient received an unnecessary dose of radiation. But, the x-ray is much cheaper I suppose.

The battle with the insurance company lost, the next step in the fight is facing the patient. Insurance company clerks often only talk to patients on the phone and many patients tell me that when the discussion becomes heated, they are often hung up upon. Again, the doctor is forced into the center of this coverage battle. And, often, patients unleash their frustration on the doctor who is in easy reach. I completely understand and often allow my patients the courtesy of letting them rant. I understand their frustration. But, being in the middle of this war zone is not a good place to be. I am not the one who made the decision. In fact, it was my medical decision that was overruled, and I am probably just as mad.

Insurance companies increasingly deny services to patients. I am often on the phone arguing with someone with no medical knowledge and trying to convince them one of my patients needs a medical test and why. Many times they ask me to spell the disorders I am trying to rule out because they never heard of them before. It is my opinion that a doctor’s time is better spent treating patients and listening to them rather than spelling out medical terms for insurance clerks. But, being stuck in the middle and knowing my patient is suffering and needs a test, I often have no choice.

And the patient calls my office first to see if a test was approved. Often, the insurance company takes days to return an answer. Patients are worried and do not want to wait days. I truly understand that but I think they often do not understand that I cannot force the insurance company to make a favorable determination just because I want to. Trust me, I tried and tried and sometimes the answer will always be no.

The doctor in the middle feels crushed from both sides, trying to satisfy everyone’s issues and needs. But, there is only so much pressure that can be applied to one person before they break. Doctors are burnt out like never before. It is time to return to allowing doctors to practice medicine and take that privilege away from insurance companies until they complete an equivalent medical education. It is time to hold insurance companies accountable for the bad medical decisions they force, without even any oversight. Do we want to continue the endless intermediary game where there are no winners but the insurance companies? 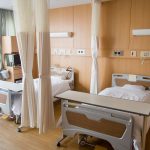 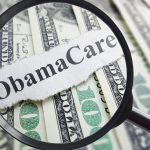