The possibility of anesthetic neurotoxicity in infants and children — the supposition that anesthesia may alter normal activity in the nervous system – was first suggested more than 15 years ago with findings of increased neuronal cell death in the developing brains of rodents after they were exposed to ethanol at an early age. Similar findings in animal studies were subsequently identified in anesthetic agents and linked to long-term functional deficits in behavior, learning and memory. Since then, nearly all commonly used anesthetic agents have been evaluated and found to result in neurotoxic effects in a variety of animal species, including rhesus monkeys. Hundreds of animal studies have been published demonstrating these effects, with anesthetic doses relevant to humans and using monitoring standards similar to those used for clinical care in children. Despite the presence of this robust body of animal research, the clinical evidence in humans is much sparser.

It is therefore not surprising that the results of these studies are inconsistent, with some showing a slight increased risk of neurodevelopmental deficit after anesthesia and surgery, while others find no effect. In general, the studies having longer or multiple exposures and those with more robust or in-depth evaluations have typically found lower neurodevelopmental scores in exposed children. Whereas studies of brief, single anesthetic exposures, especially those with less precise tests of child brain development, have not found differences in exposed children.

For example, HealthDay recently reported on a Swedish study suggesting that children exposed to anesthesia before the age of 4 may have slightly lower school grades and IQ scores in their late teen years. The study found the average school grades were lower for those children that underwent more than one surgical procedure with anesthesia, but could not prove that exposure to anesthesia was responsible. This proves a major limitation exists in all the observational studies – even if exposed children are found to have worse neurodevelopmental outcomes, it is difficult to determine if it is due to surgery, the underlying medical condition, the anesthetic itself or another reason unrelated to surgery.

Clinical trials are the gold standard for determining causality, but are limited by cost and the length of time required to perform them. The General Anesthesia Compared to Spinal Anesthesia (GAS) study, which is currently the only ongoing clinical trial on anesthetic neurotoxicity in the pediatric population, recently published their interim analysis. In the study, infants undergoing hernia repair were randomized to a short sevoflurane gas anesthetic versus an awake regional anesthetic. The interim assessment found no measurable neurodevelopmental difference at two years of age; however, this age may be too young to measure higher level brain function, such as language and complex decision-making, suspected to be impacted by anesthesia. The results from a primary assessment of the children to be performed at age five are expected in the next few years.

To summarize the published clinical data, there is still insufficient evidence to prove that anesthetic neurotoxicity exists in children, but given the remaining gaps in the literature, there is also not enough evidence to rule it out. Some recent research, including an Anesthesiology study which suggested that general anesthesia in young children is not associated with significant neurodevelopmental concerns, provide reassurance that healthy children undergoing short, single exposures for minor procedures such as hernia repair are unlikely to suffer long-term neurodevelopmental issues. However, the neurotoxicity identified in animal models generally stems from anesthetic exposures that are of longer duration than those evaluated in the current observational studies and clinical trial. As a result, the impact of longer or multiple anesthetic exposures in children, if any, is still unclear.

A number of studies are ongoing and will address some gaps in knowledge, including the impact of multiple anesthetic exposures as well as proposed clinical trials to evaluate medications that could potentially mitigate the neurotoxic effects from anesthesia. Given the extended length of time between initial anesthetic exposure and the ability to assess higher-level cognitive functions, an important advancement would be the identification of a biomarker or imaging technique that could acutely recognize a neurotoxic event. This discovery would be invaluable in reducing the amount of time and costs associated with conducting clinical trials.

Since the existence of anesthetic neurotoxicity in children is still unclear, conversations with parents should be undertaken with care. Given the unclear benefit of such a discussion, there does not appear to be a compelling medical argument to actively raise this concern during the anesthetic consent process. If families or clinicians have questions about anesthetic neurotoxicity, physician anesthesiologists should be prepared to answer them and participate in discussions with the perioperative team. Conversations about modifying medical care should be undertaken with particular caution, as unintended harmful consequences may result from delaying necessary surgery or changing a patient’s anesthetic management. A 2015 consensus statement about the use of anesthetics in children is available from SmartTots, a collaborative effort between the International Anesthesia Research Society, U.S. Food and Drug Administration and many others working together to make anesthesia safer for infants and children.  The consensus statement has been endorsed by a wide range of anesthesia and pediatric societies including the American Society of Anesthesiologists and Society for Pediatric Anesthesia.

Why the AMA supports Dr. Price to lead HHS 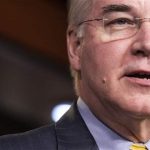 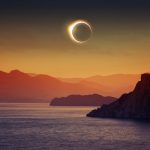