Around 10 a.m., I had just finished seeing a patient in office when my pager went off:

Our team dropped everything and descended upon the emergency department in our hospital. By the time we had reached the patient, a dozen ER nurses and doctors had already surrounded his bed in the trauma bay. The patient had been intubated with an endotracheal tube, and a respiratory therapist was bagging him to help him breathe. To my right, one of my co-residents had her hands on his tiny chest and was rapidly compressing the heart. Someone had drilled a large bore intraosseous needle into his tibia and resuscitation fluids were now freely flowing into it.

With some repositioning of the endotracheal tube, we were able to improve the patient’s oxygen saturation levels. The team started giving him epinephrine (adrenaline) to try and reverse his cardiac arrest. As the code went on, medical staff started crowding into the trauma bay. Dozens of police officers arrived as well. We shot a chest x-ray that confirmed the patient had good, expanded lungs. But with each subsequent pause, nobody could detect a pulse. We used an ultrasound to look for motion in his heart, but all we saw on the screen was a frozen, lifeless cardiac wall. After coding the patient for about 45 minutes, the attending doctor called it. Time of death: 10:47 a.m.

I left to rejoin my team back in the operating room. The rest of the day continued on, uneventfully. We took out a lady’s breast cancer and helped debride another patient’s wound. At the end of the day, I left work like I usually do and walked out the ER, passing by our ambulance bay. I had barely thought about the little boy until I passed a “safe-haven” sign on my way to my car. “Too little. Too late,” I thought.

I blasted some tunes while I made my dinner of dumplings and ramen noodles. When I sat down to eat and turned on my TV, the local news was already reporting on the subsequent arrest of the boy’s parents. The reporter was broadcasting from the child’s home in Detroit and interviewing neighbors, who all spoke very highly of the boy and his family. Pictures flashed on the screen of the boy’s tricycle and toys scattered around the front yard. I had been able to table my emotions for the entire workday, but the news report hit me like a ton of bricks. As health care providers, we rarely see this aspect of our patient’s lives. We merely hear about their daily activities and living situations as secondhand stories. We are so encapsulated with our work within the hospital that we sometimes forget about the life that exists outside its walls.

It’s currently after midnight, and I am just sitting down to write my memories from the day. Why do I do this? And why do I publish these?

The answer is two-fold. Firstly, it’s selfish, but it gives me an outlet to relieve stress. In the hospital, we do our best to hide emotions so as to not let them affect the care of our patients. We witness countless social and medical issues, which we attempt to keep separated between each of our patients. They deserve the best health care, and our emotions should not get in the way of providing such care. But we are human, and it’s normal to be affected by difficult situations. In my experience, I’ve found it best to contain these emotions for a little bit, in order to get through the day. Once I have some more time, I reflect and eventually put my thoughts down on paper. As one attending once told me, “It’s not good to keep things bottled up for a long time.”

And finally, I publish these memoirs simply because it gives my patients a voice and an opportunity for me to share their story, especially when they may not be able to tell it anymore. 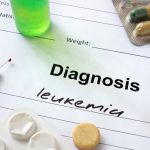 Selfie-obsessed millennials can teach doctors a thing or two 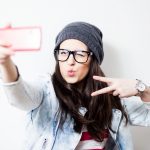