When you are 70 years old, you are bound to have some medical problems, so I am not sure why the media and the public are making a hoopla about the medical histories of Hillary Clinton and Donald Trump.

For an elderly patient, my usual medical dictation reads “Mr. A is a 70-year-old former truck driver who has hypertension, diabetes, bypass surgery, and who now comes in with a cough and shortness of breath over two days …” or “Mrs. B is 69-years-old woman who was small business owner has a history of breast cancer, cholecystectomy, hysterectomy, and now has fever and burning on urination.”

Even with so many diseases as part of their baggage of “past medical history” the elderly are living longer and healthier lives, though there are gaps based on gender, race and income.

Living such long lives is a new phenomenon. Over a century ago, the life expectancy at birth for a white male was 48 years — so in 1901, Theodore Roosevelt was 43 (young by modern standards) but had a five-year expected survival.

More so, as you live longer, your chances of living to a longer age increase. So the total life expectancy of men at birth is 76, but for men at age 50, it increases to 80. This is because when you get into middle age, you have survived the most common causes of death, which include infant mortality, teenage vehicular accidents and youth violence.

So according to the actuarial in a Washington Post article, Hillary Clinton (a white female who is almost 69) is expected to live for 19 years, and Trump (a white male who is 70) is likely to live for 17 years, well beyond two terms in office. And the chance of Clinton dying before her two terms is 5.9 percent, and for Trump, it is 8.4 percent.

It is ironic that I am writing this piece about life expectancy on my birthday. So I decided to do some number-crunching on myself and found that the actuaries on the website myabaris.com give me 37 years longer to live. (You will have to calculate my age on your own.)

If we want our president to be like us, we will need to accept his or her medical problems. The data show that 80 percent of the elderly have at least two chronic conditions like diabetes or arthritis, and 50 percent take at least five prescription medications.

Even with medical problems and prescription drugs, there are ways the presidential candidates and the elderly can live longer at age 70. First, they can reduce stress or learn how to cope with stress. In one study of men and women with average age of 71, the group which practiced mindfulness had a 23 percent lower death rate over 18 years compared to those who receive health education.

Exercise can make a difference. Studies show that 25 minutes of exercise a day among the elderly can increase longevity by 5 years compared to a sedentary lifestyle.

In the case of our presidential candidates, I believe it is not the physical fitness of the commander is chief that is critical, but rather the mental judgment: what they think, how they think, and how they make critical decisions, because one person’s judgment will determine the direction of our nation. 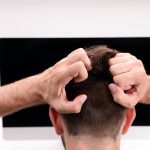 Being ashamed to acquire knowledge is a tragedy 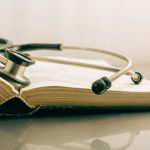