A primary care physician named Ashley Maltz recently discussed advantages and disadvantages of a cash-based practice. I appreciate her evenhanded tone: She prefers this model yet expressed concern for patients who can’t use it. In the comments section, several physicians extolled the virtues of cash-pay, but patients were mixed. It’s attractive for those who can afford it, while it worries, and maybe angers, those who can’t.

I enjoy the personal and patient benefits of a mostly cash-pay psychiatric practice (I also see some patients under Medicare). I like running my own small business, keeping clinically useful paper charts as opposed to a ponderous EHR, and protecting my patients’ privacy.  Billing is simple enough that I do it myself. There is also an argument for keeping the relationship dyadic, i.e., 2-person, in psychotherapy. Third-party payers can complicate the therapeutic relationship in a domain where clarity is paramount.  Most of my private practice colleagues likewise avoid insurance panels.  It’s become the norm in my field.

Yet we’re all painfully aware that most of the seriously mentally ill can’t come to our offices.  They are relegated to county clinics, training settings, and to the rare private practitioner who still accepts public insurance.  Like Dr. Maltz, I’m saddened that,

those on Medicaid or disability programs cannot be seen for cash by medical providers for medical care. Most of these people do not have the financial means to seek alternative types of care. Thus, they are seen in large community clinics with overworked providers and limited resources.

Some critics of cash-based psychiatric practice exaggerate, painting a picture of high-society shrinks getting rich off the worried well.  They point to real or imagined $400 per hour psychiatrists calming the Silicon Valley nouveau riche. Others like Allen Frances M.D. provide a more balanced critique, noting that individual psychiatrists gravitate toward more functional patients, but that we are only a small part of a very large puzzle.  It appears that as a society we prefer not to pay for treatment of the seriously disturbed, but only for the jails and prisons they occupy after committing minor property and lifestyle crimes due to their condition.

Our situation in psychiatry is a harbinger for primary care.  There’s no denying the advantages of cash-based practice; it serves both doctors and patients very well.  Yet cash-based primary care practices, like psychiatric practices, exclude many patients who can’t afford them. They can’t comprehensively serve the primary care or psychiatric needs of a population.  Even more obviously, almost no one can pay out of pocket for more elaborate medical care, such as major surgery or a lengthy ICU stay.

There’s a basic tension between health care as a private transaction and health care as a public good. Regarding the former, we can show our compassion by offering some free or low-fee care, or by treating some publicly insured patients under Medicare or Medicaid. This way we avoid elitism and do our part for the less fortunate. However, we must recognize that no matter how charitable we are as individual physicians, many more are in need of our services than our charity can accommodate. The private transaction model of medical care cannot save sick people from dying in the street. Universal access to health services is needed.

While taxpayer-funded Medicare and Medicaid cover many patients who cannot otherwise afford care, our current backstop is EMTALA, the 1986 federal law requiring hospital emergency departments to evaluate and treat emergencies regardless of ability to pay. According to the Centers for Medicare & Medicaid Services, 55 percent of U.S. emergency care now goes uncompensated, costing hospital systems tens of billions annually. Much of this cost is shifted to paying patients, inflating medical bills for everyone else. One way or another, society (i.e., we) pay to keep our fellow Americans alive and relatively well. It would be far more economical, not to mention humane, to offer universal access earlier, before health problems progress to emergencies — just as it would be to treat the seriously mentally ill before they need to be imprisoned.

It’s no surprise that many patients who are otherwise sympathetic to the plight of demoralized, burned out doctors draw the line at a cash-based care model that excludes them. In order to ally with these patients, those of us with cash-based practices should at minimum acknowledge the need for a two-tier model, public and private. Better yet, we need to think hard about who provides services in the universal-access public tier. Should this be all of us at some point in our careers, i.e., a type of “doctor draft” or public service requirement? Should these services be relegated to PAs and NPs? Or can we “let the market decide,” such that these services are provided by physicians who aren’t sharp, ambitious, or economically secure enough to hang a shingle — or for whatever reason prefer not to?  These hard questions must be answered if we’re to be intellectually honest and admit that the physician’s role in society is more than entrepreneur.

The superhuman efforts of the trauma surgeons at Orlando Health 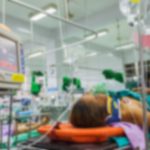