Josef Stalin famously said: “One death is a tragedy; one million is a statistic.” Perhaps 250,000 preventable deaths from medical errors, according to an analysis by Makary and Daniel in the BMJ, maketh a Stalin.

The problem with Makary’s analysis, which also concluded that medical errors are the third leading cause of death, isn’t the method. Yes, the method is shaky. It projects medical errors from a series of thirty-five patients to a country of 320 million, which is like deciding national spice tolerance on what my family eats for dinner.

The problem with Makary’s analysis isn’t that it is full of assumptions. Assumptions are inevitable in biomedical research, and abundant in health services research. Researchers of medical errors must determine whether a bad patient outcome, such as death, was avoidable. Bad outcomes lie in a spectrum between inevitability and preventability. If every death is inevitable doctors are rendered impotent, and if every death is avoidable doctors are rendered omnipotent. (FWIW, I prefer omnipotence.)

Researchers of medical errors don’t have perfect information. They don’t know the clinical context. How can they? They were not there. They must assume and set their default assumption, which means that the researchers must choose between erring towards calling a bad medical outcome avoidable or inevitable. Err they will. But if they must err in their adjudicating error they must err systematically, because the scientific method, the measuring instrument, demands consistency. Even though reality is arbitrary, stuck between reality and science, the researchers are compelled to choose science.

Systematic erring by a measuring instrument scales the error it makes. Yet, the problem with Makary’s analysis isn’t the estimation of deaths attributable to medical errors. Yes, 250,000 deaths a year from medical errors is alarming; that is 28 deaths an hour, or a death every two minutes. At their most murderous, ISIS decapitated 28 Ethiopian Christians along a beach in Libya in one morning.

I’m not attempting dark humor by conflating ISIS and medical errors. I would not jest without observing that patients are not flocking to Palmyra in the arms of ISIS — the lesser of the two quantitative evils — to escape hospitals. I’m pointing out — I hope successfully to the satirically challenged — the absurdity of using morally relativistic hyperbole to convey the gravity of medical errors.

If it wasn’t emotive enough comparing the toll of medical errors to a jumbo jet crashing daily after the Institute of Medicine (IOM) report, To Err is Human, medical errors have been likened to serial urban genocide, and even the holocaust. Metaphors and similes can literally be dangerous with people who are literal. And it’s unclear that those who resort to hyperbole aren’t being literal.

Hyperbole is seldom helpful. Hyperbole creates resentment in patients who have been harmed, which surely isn’t the intent. But hyperbole also tunes out doctors because the comparisons are so egregious that they become parody. Medical errors lose gravity precisely because overzealous safety advocates elevate them to a frightening level of quantitative seriousness, even though the intent of hyperbole may be to receive more funding from the public purse, rather than to demonize physicians.

Makary’s numbers may well be very bad numbers, but if the number of preventable deaths is 25,000 a year, how would things be done differently? Would you say, “That’s a preventable death every twenty not two minutes. Thank God?”  Which takes me to the problem with Makary’s analysis. The analysis is problematic not because it is wrong. In a sense, it is not even wrong. It is problematic because of what it implies.

Makary’s analysis, indeed other analyses of medical errors, implies that death is an anomaly. That once the doctor intervenes, death is optional. At what point death ceases to be deferrable is anyone’s guess. So when physicians fight death until the patient’s last breath — the cause of many indignities in people’s last week on this planet — it is because we (doctors and patients) think death is abnormal.

The authors narrate a case in which the patient post-transplant died from a bleeding, hepatic pseudoaneurysm because of a pericardiocentesis which breached the liver. Was not this an error? Should the cause of death not be medical error? The answer is yes, in a Newtonian sense. But the structural assumptions and corollaries of this conclusion lie in a Twilight Zone where profundity and parody coexist.

If medical errors are causative, if medical errors are a disease, if the American hospital is the most dangerous place on earth after Hotel Rwanda, then it follows that a sensible precautionary measure to avert this dangerous entity is to abstain from it and let nature take its course. Contradictions are replete in the Twilight Zone.

The IOM estimated that 98,000 deaths were attributable to medical errors: Makary’s estimate is over twice that, one analysis says it may be ten times. What is going on? Have doctors become more ten times more incompetent? Given the billions spent on quality and safety, how is it we suck even more today? Were hospitals safer in 1950 than 2016? Is the intensive care unit the greatest scourge on mankind since syphilis? Is the balloon pump a proxy of danger — like a Kalashnikov — or does it signal something else?

The greatest paradox of medicine is that the more lives it saves, the more responsible it becomes for not saving lives. The sicker and frailer the patient, the more invasive lines and tubes they have, the more likely they are to benefit from the intensity of treatment, and the more at-risk they are to medical error. You’re at greatest risk from medical error when you have most to lose from no medical care. At death’s door medicine is both your friend and foe. Antibiotics can save you from death from sepsis or kill you from toxic megacolon from pseudomembranous colitis. The antibiotic is both Florence Nightingale and Genghis Khan. It is our failure that we have not articulated this paradox to the public at large.

The goals of the safety movement are noble. There are serious medical errors and seriously incompetent doctors. But collapsing all errors, regardless of the degree of seriousness or preventability, to integers to enable easy arithmetic is injustice to those who have truly been harmed. Doctors should certainly strive to be better. But better is an aspiration. And to make doctors better, and healthcare safer, it surely is better encouraging professional pride than inducing professional guilt.

To be fair, I can’t single out the safety movement for moral relativism of death. Egalitarianism of death is the zeitgeist; after all, a death is a death, isn’t it? The excess deaths from flecainide post myocardial infarction, before CAST put that practice to rest, has been quantitatively likened to the Vietnam War.

“Dying” and “saving lives” have lost all meaning. Republican governors were accused of causing death by not expanding Medicaid. By which logic, the FDA are mass murderers every day they delay approval of life-saving drugs, and 20 percent (i.e., the relative risk reduction of screening) of women who die from breast cancer for skipping mammograms because they listened to the USPSTF’s recommendations should put cause of death: USPSTF. And denying statins to an expanded constituency of 33 million Americans, assuming an NNT of 100, kills 37 people an hour, putting ISIS to quantitative shame.

There’s no moral distinction between death from action and death from inaction. Genghis Khan stared at his victims before chopping their heads. With statistical deaths, neither the murderers nor their victims know each other.

I’ll leave future anthropologists to explain how Homo sapiens at the zenith of rationality lost the plot. For now, I must my express my strongest objection to Makary’s analysis. He says that medical errors are the third leading cause of death. I disagree. Given the optionality of death, the inevitability of death, and the omnipotence of physicians, medical errors are surely the number one cause of death.

Physicians in health IT have to be better communicators 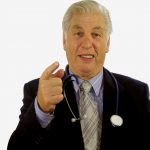 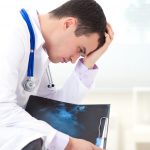 Hyperbole is seldom helpful. Especially when it comes to medical errors.
6 comments