The behavioral aspects of poor health are even more important than we may have thought.  That’s according to a new study finding adults who engage in even one unhealthy behavior double their risk for fair-to-poor health. And the risk increases meaningfully with each added unhealthy behavior.

Spotlight: Impact of Unhealthy Behaviors, a publication from United Health Foundation’s America’s Health Rankings® released in partnership with Family Medicine for America’s Health, sponsor of the Health is Primary campaign, underscores the importance of taking action to address unhealthy behaviors and lower the risk of poor health, illness and chronic disease. Primary care physicians are well-positioned to help Americans take the steps needed to lower their risk — or prevent unhealthy behaviors before they start.

The report looked at adults in the United States with one or more of five behaviors: smoking, excessive drinking, obesity, insufficient sleep, and physical inactivity. It found that adults who engage in one of the behaviors were twice as likely to have fair or poor health, compared to adults with no unhealthy behaviors, but the odds increase to more than 3.5 times for those with two unhealthy behaviors and up to 8.7 times for those with all five.

An estimated 25 million Americans, 12 percent of adults, have three or more of the behaviors. These activities are associated with some of the most challenging chronic diseases affecting Americans, such as heart disease, diabetes, and cancer, illustrating the interplay between behavior and health.

The impact of chronic disease on quality of life is significant, and the cost of managing these illnesses is staggering. National spending for medical care is concentrated among a small proportion of people, particularly those with chronic health conditions, according to the National Institute for Health Care Management Foundation. About 93 percent of Medicare spending and 71 percent of total health care spending in the U.S. goes to care for people with multiple chronic diseases.

That’s where a strong, informed and value-driven primary care system comes in, where primary care physicians work with multi-disciplinary care teams to not only engage with patients one-on-one, but to enable better health management of populations and drive better health outcomes. This approach can go a long way to earlier identification of unhealthy behaviors and interventions to help patients make necessary behavior modifications to prevent disease or reduce its impact. But as the U.S. population grows and ages, the ranks of primary care physicians are being stretched, and we are not training enough additional physicians.  More will be needed to build and sustain a system for better health, better health care and lower costs to patients and communities.

We know there’s no easy fix. As the spotlight points out, factors such as education, race/ethnicity, income, and geography are all associated with a person’s likelihood of having unhealthy behaviors. However, we can begin to use the findings of this analysis and others as a roadmap for action to help reduce the prevalence of unhealthy behaviors and empower individuals to better manage their health. Starting with primary care, focusing health resources and interventions on the 12 percent of adults who engage in three or more unhealthy behaviors may have a substantial impact on health risks, outcomes, and costs.

Improved health and efficient use of health care dollars is a goal we can all agree on. To move in that direction, we need to think not just about how to diagnose and treat disease, but how to diagnose and intervene to address the behaviors that lead to disease.  As these data make clear, any one of these behaviors is a serious problem and several are a crisis. The trend toward treating the whole patient, not just the disease, is at the center of our primary care movement and, we believe, holds the greatest promise to achieve what we are all seeking: better health for all Americans.

Glen R. Stream is president and board chair, Family Medicine for America’s Health. 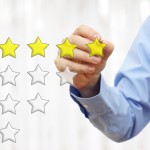 It's OK for medical students to make mistakes. Here's why. 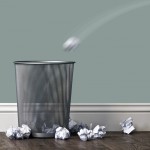