Fidgeting in my seat, I waited nervously in one of the most crowded waiting rooms I had ever been in. Suddenly, I felt like a bucket of ice water had been dumped down my back; my legal name was being called over the dozens of waiting room sniffles. My instinct was to remain glued to my seat, not to let anyone know that I was the person attached to that name. I might have done just that, if not for the reason for my visit: a prescription for testosterone.  I was greeted by a nurse, who, while aware of the reason for my visit, seemed oblivious to the fact that a transgender patient may not want their legal name called across a crowded waiting room.

“Don’t worry,” she reassured me on the walk back to the examination room, “we see lots of patients with gender dysphoria here.”

“Uh, that’s nice,” I responded, trying to hide my discomfort with how casually she broached a vulnerable subject.

When the doctor came in, I noted his imperial and commanding demeanor as he sat down across from me. “So,” he started, “you’d like to appear male; tell me what you are hoping for.” I explained that while I was hoping to masculinize physically, I identified as genderqueer and gender nonconforming (GNC), and wasn’t looking to pass as male.

“I’d like to discuss a lower dose of testosterone, if that’s an option,” I said.

His brow furrowed, and there was a long period of silence.

“Do you see many genderqueer patients in your clinic?” I asked. He paused.

“No,” he finally responded. “In my professional opinion, people will eventually decide to be either male or female, but not something in between. If you want testosterone, I’ll need to know that you intend to live as a man. If you aren’t sure, then that could be a sign that you are really happy as a woman.”

I’ve just told you how I identify, and it isn’t as a woman. If I were happy as a “woman,” I wouldn’t be here in your office seeking hormones, now would I?

I left the office, shaking. This is why so many trans people don’t see doctors, I thought. I felt completely invalidated, and irate that a provider who claimed to care for trans patients had a “professional opinion” that people like me couldn’t (or shouldn’t) actually exist; and if they did, then they shouldn’t be allowed to define themselves, to assert their desires for their own bodies, or to have access to hormones that could alleviate their gender dysphoria.

I wasn’t alone in what I experienced in that clinic in rural New Hampshire. According to a Lambda Legal study, roughly 70 percent of transgender patients report experiencing discrimination when accessing medical care. That same study showed that nearly 90 percent of trans respondents believe not enough medical personnel are properly trained to provide culturally aware care for them. It is important that health care providers be able to provide informed and sensitive care to trans individuals, who are at higher risk of cardiovascular disease, substance abuse, depression and anxiety, partner violence, sexually transmitted infections, youth homelessness, and harassment.

In order to provide quality patient care to trans populations, all health care providers must be familiar with trans health issues, population-specific needs, and use of affirming language. Chances are, if you aren’t used to using gender neutral pronouns or conversing with non-binary or GNC folks, this will quickly become obvious to your patient; you may act more hesitant, uncomfortable, or stumble over your words. This can compound feelings of vulnerability or fear for your patient. Employing binary language and assumptions, or using incorrect pronouns, a legal name, or identifiers (“maybe you are really happy as a woman”) in clinical settings can be extremely triggering for trans and GNC individuals. It should be no surprise that triggering encounters lead trans folks to access health care less frequently, compounding the health disparities that we already face.

Fast forward two years. I am now a first-year medical student, and have been invited, along with other students throughout New England, to attend a networking dinner for future medical professionals interested in LGBT health. I straightened my tie and looked down across the sparkling Boston skyline from the 10th floor of Fenway Health, the nation’s largest federally-funded LGBT health center, serving over 24,000 patients. A glass of wine in hand, I mingled with national leaders in LGBT health before sitting down for the networking dinner. The conversations drifted from the latest trans research funded by the NIH and the newest training modules available through the Fenway Institute (their interdisciplinary center for education and LGBT policy development), to the clinical experiences of some of the 700 staff providing care to hundreds of transgender patients in the greater Boston area.

We set a goal: To create a medical culture where transgender and GNC patients, peers, and colleagues feel respected and affirmed, and where pronouns are volunteered (and asked), rather than assumed. If we, as a society, normalize sharing our pronouns during introductions and in day-to-day encounters, we can help to relieve the burden placed on trans and GNC individuals who are painfully called by the wrong pronouns.

The following morning, I attended the second annual summit for the Northeast Medical Student Queer Alliance (NMSQA), an organization that students from the University of Vermont College of Medicine helped to found. The summit brought members from ten medical schools throughout New England together to exchange presentations on the current work of our respective LGBTQ student groups.  We discussed our schools’ recent efforts in LGBTQ curriculum enhancement, trans-friendly policies and structural improvements, and future goals of the group. It was thrilling to find queer comradery within the world of medicine. After many hours with our heads together and adrenaline pumping, the idea for a national social media campaign around personal pronouns emerged.

The starting point of the campaign is simple: Ask people to put their personal pronouns in their email signature. With a hashtag in hand, we decided to launch #pushforpronouns during National LGBTQ Health Week, which coincides with the International Day of Transgender Visibility. Just prior to the campaign launch, House Bill 2 — an unprecedented anti-LGBT bill — passed in my home state of North Carolina. HB2 overturns all current LGBT anti-discrimination protections, and bans cities from passing any future LGBT protections. In addition, the bill requires that transgender individuals use the bathroom of the sex they were assigned at birth, regardless of their current gender identity or presentation. There is no better time to raise awareness of trans and GNC issues within medicine, with the hope of spreading that awareness throughout society.

I am hopeful that this campaign will help bring trans and GNC health into the spotlight, increase awareness of non-binary identities, and blaze a trail toward trans-inclusive and culturally sensitive health care.  By building a national movement, we can create empowered physicians who are leaders in their communities, reduce trans health care discrimination, and create more inclusive and affirming spaces for everyone.

It’s just the first step, but it’s an important one.

Al York is a medical student.  This article originally appeared in uvm medicine.

Your anger towards doctors is misplaced 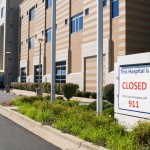 Doctors need to fall back in love with medicine. Here's how to do it. 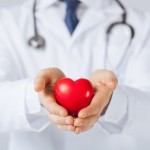 Transgender and gender non-conforming health: What you need to know #PushforPronouns
4 comments