Coming into Columbia University as a pre-med first-year student, I expected to be studying anatomy, biology, psychology, and many other subjects. I would have never thought that I would encounter gender and sexuality studies. Interestingly, this led to my discovery of a very pressing issue that not only affects the transgender community, but potentially many other people who rely on health insurance, like me. In recent years, health insurances have become more restrictive by placing more regulations on who can be covered and for what treatments. In light of this, there seems to be an increasing need for medical professionals to formulate diagnosis criteria that help patients by enabling insurance coverage for their treatment. However, this act made by many medical professionals today in good faith to benefit the patients can have the opposite effect and harm patients in adverse ways. A clear example of this issue is how greatly the classification of gender dysphoria in the DSM, the national diagnostic manual for psychiatry, has affected the transgender community.

The Diagnostic and Statistical Manual of Mental Disorders, or the DSM for short, is authored by the American Psychiatric Association and offers diagnostic criteria for psychiatrists to follow. In 1980, the DSM first mentioned the condition of gender identity disorder, whose name later changed to gender dysphoria in the 5th version of the DSM released in 2013. This medical condition is what psychiatry defines as the distress or discomfort that affected patients have with their biological sex characteristics and its incongruence with the gender they identify with. Those diagnosed with gender dysphoria usually are or become to identify as transgender or sometimes gender non-conforming. It is important to note that even though not all transgender people have experienced gender dysphoria, a great number have. Thus, the diagnosis of GD in the DSM has affected most of the transgender community.

Now, what is so wrong about the DSM classifying gender dysphoria as a disease? Well, unfortunately, it has allowed for the stigmatization against the transgender community to continue throughout the last decades. To reduce the stigma, in 2013, the APA decided to change the name of this condition, as stated in their DSM-V pre-release statement, believing that eliminating the word “disorder” would remove the negative connotation that comes with it. Yet, the LGBTQ+ specialist Zowie Davy, as mentioned in her article, “The DSM-5 and the Politics of Diagnosing Transpeople,” argues that many trans movements would insist that this name change does not significantly reduce the stigma against its transgender patients.

Moreover, there is an added stressor for the patients to conform to what the DSM defines as the symptoms necessary to qualify for treatment. As Davy bluntly puts it, “… transpeople tend to tailor their clinical narratives because they realize that psychiatrists have the power to stop their transitioning process”. This means that many gender dysphoria patients cannot honestly come forward to psychiatrists because they know that if they do not behave as the “standard transgender” model that the DSM creates, they would not be covered by their medical insurance. It is important to note that I am not saying that these psychiatrists are malicious and do not want to help their patients. Rather, I am saying that there seems to be a pressure to fit the specific diagnostic criteria from the patient’s perspective because otherwise, they would not get covered by insurance at all.

From the creation of the 3rd edition of the DSM in 1980 until the present day, the Workgroup on Sexual and Gender Identity Disorders has been appointed by the APA to update the diagnostic criteria of GID/GD. One of its members, the GD specialist Jack Drescher, defends their actions in his article “Controversies in Gender Diagnoses,” by arguing that “… [the DSM] working group wrestled with the challenges of reducing stigma (which underlies the call for [the] removal of the gender diagnoses) and maintaining access to care (which requires the existence of a diagnosis to obtain needed medical treatment covered by third-party payers)”. This means that to stop stigmatizing or oppressing transgender people, the APA would have to obliterate the diagnosis, which would prevent the medical insurance coverage of treatments such as hormone therapy and sex reassignment surgeries. An option that may not be preferred by many GD patients since they do need their treatment, which is difficult to obtain without insurance coverage. Understandably, the specialists formulating the diagnostic criteria and definitions do not have it easy, as Drescher would claim, since “… it is difficult to find reconciling language that removes the stigma of having a mental disorder diagnosis.” The APA workgroup is in a difficult situation where they have to balance the economic and social aspects of the patients’ interests.

This issue is complex since both sides have very justifiable claims, which shows us how such debates are difficult to deal with in the medical field. It is understandable that medical professionals, like the American Psychiatry Association specialists, are trying their best to help their patients by making sure their health insurance economically covers them. But it is imperative to realize how this sometimes negatively affects the patients, such as allowing stigma and oppression to continue against the trans community. If change does not happen, the stigma against the transgender community will continue. Still, if the APA eliminates the GD from the DSM, we would be looking at a society that denies insurance coverage for their treatments. While this issue does not have a clear solution, it would help if several medical professionals would take this in mind and rethink how they believe they are helping their patients.

Gabriela Ramirez is a premedical student.

A surgeon's take on the WSJ's Jill Biden doctor debacle 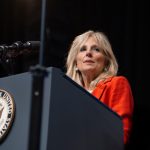 How health insurance affects patients: That means the transgender community too
1 comments