Despite the years, I have not talked about this case.   It is not a privacy/ HIPAA problem; rather, I did not want to upset the patient and family. I am not certain that was the right decision; at the time, it seemed best. Still, the patient died, the family moved on, and I carry a guilty memory.

It was after deteriorating months of corrosive cancer that we met. Multiple systems were failing; kidneys, lungs, blood. She had received aggressive care by well-meaning doctors and great support from a loving family. Tests, treatment and pain. No stone unturned. No stone except the right one.

The doctors thought she had “disease A.” They missed when “disease A” changed to “disease B.”   This second illness, “disease B,” was aggressive, horrible and not curable. Any chance of control required a completely different approach.

Her doctors did not understand what was happening. As they worked to control the wrong illness, the patient fell apart. This was not from lack of trying or lack of insurance or lack of thought. It was from lack of training.

It required physicians trained in a different specialty. The patient needed, desperately, to see a medical oncologist. However, like the old adage, “If all you have is a hammer, the world looks like a nail,” the treating doctors worked hard to cure an illness, disease A, that was not there.

The doctors were of a specialty not trained in disease B. This happens all the time. If I am seeing a patient who has lung cancer and they develop chest pain, sometimes it turns out not to be cancer, but a blood clot or heart disease. That requires a different approach, often a different type of doctor. No big deal. Call a consult … or two. The problem with this case was that the new problem was so far out of their area of expertise that the original team failed to recognize why things were out of control. The patient deteriorated, approaching death.

I would not be fixated on this case, if all that had happened was a missed or delayed diagnosis. Sadly, this occurs all the time. Disease B was obvious, from an oncologists’ view of the world, so I understood the problem quickly. It did not require complex or out-of-the-box thinking. I get no marks for genius.

What bothers me, years later, was the reaction of the treating doctors when I called to let them know my recommendation and diagnosis. Instead of saying, “Damn, I cannot believe we missed that,” or, “Thanks so much, what can we do to help?” they said, “That cannot be right, we need to get more tests, and we are going to tell the family to get another opinion.”

I was trapped. The patient needed rapid, correct, intervention. On the other hand, the family had a close and trusting relationship with the primary docs, who had worked heart-and-soul for months to save their loved one. If I told the family, “hey, your doctors do not know what they are doing,” that would shatter a vital relationship in care, as well has produce guilt, because of the failure of the family to get a second opinion earlier. The patient was going to die, what good would it be to destroy a meaningful therapeutic and coping relationship?

Now I expect you are thinking, “Just like a doctor, they stick together, and they will never testify against each other, especially when there might be malpractice.” An easy response, but that misses the point. The lawyers could be called later.

I had two priorities. First, preserve the support system of the patient and family. Second, and most important, get new treatment started. I could not do one, without the other. This was a bad moment to point out error and begin recriminations. I was already trapped, why undermine and confuse the family further? Life and death time was of the essence.

The best tool in this situation is communication. Convince the patient and family that you can be trusted and explain the situation in detail, in order to build a new plan. Experience has taught me to keep prior doctors in the loop. Encouraging their buy-in is vital.

Well, like most such cases, things went fair. The family did delay, briefly, in order to get a third opinion. That oncologist agreed with me, but ordered more tests, which added nothing. The patient came back to me for treatment, which we began immediately. However, she was already so frail that though she responded to therapy, she never regained meaningful function. I recommended hospice. The original doctors suggested more therapy. She developed a morbid complication and died in the hospital, after a brief stay.

Messy. Unfair. Sad. Would it have made a big difference if this patient had seen me earlier or if her primary docs had handed off the case at the proper time? From a quality of life standpoint, probably, but her cancer was terrible and not curable from the start. Still, I feel bad. This patient could have gotten better treatment and, when she did die, there might have been the chance for a smoother close to her life, or perhaps, a little more time.

Unanswered questions remain.   How do we protect patients from well meaning, committed, compassionate, but wrong care?   Did I have a responsibility to explain to this patient, this family, that errors had occurred, or is my role to provide treatment and communication, which give the greatest likelihood of physical and emotional health?   Who makes decisions when doctors disagree?

The first step is never forget that we are all frail, fallible, and even the best of patients, families and doctors make mistakes. Then, move forward, step-by-step, together.

The single most important lesson for doctors in training

I became a physician when I took off my white coat 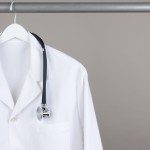 When doctors from another specialty miss a cancer diagnosis
8 comments