All of us who care for the poor, the illiterate, the poorly educated, the immigrant, the frail, and the abused know this: caring for them involves many challenges that aren’t picked up by Medicare computers or big data. Simplistic calculations about quality metrics such as hospital readmission rates have been way off the mark at capturing the complexities of caring for these patients.

A recent study from researchers in Boston has helped explain the disconnect between the public report card pronouncements of Medicare/Medicaid and the reality on the front lines of care. They combined two previously independent data sets to compare the predictive power of standard Medicare risk-adjustment criteria for 30-day hospital readmission rates to other variables found in a second data set with more detailed patient information.

What were the predictive factors? Significant factors included prescription drug coverage, smoking status, marital status, number of chronic conditions, degree of depression, cognition score, self-rated health, difficulties with basic activities of daily living, difficulties with mobility, and having friends who live nearby (and there were a few others).

This should come as no surprise to anyone who’s actually cared for vulnerable patients. Poor patients who don’t have a car are more likely to pick up their medications after discharge if they have a prescription drug coverage plan and a friend who will drive them to the pharmacy. Patients with literacy or educational challenges have difficulty following seemingly straightforward directions if numerous chronic conditions each have their own separate instructions. Patients who don’t speak English or who don’t have a stable phone number can’t be called — easily at least — to “coordinate” their care at any number of health care facilities after discharge (though best I could tell the original data set these researchers used was mostly or exclusively for English speakers. I couldn’t find that English language proficiency was measured in this study or any measure of domestic abuse or neglect).

Under current Medicare policy, “poorly performing” hospitals are paid less for the same service as “high-performing” hospitals. Now we can say with even more certainty that hospital performance has as much or more to do with the patients they serve than any other hospital processes or quality improvement plans. In other countries, hospitals and doctors who care for the challenging patients are paid more, not less as in the case of Medicare/Medicaid, whose payment differentials are becoming more penal over time. This disrespect for for the hospitals and doctors who care for the most vulnerable of our citizens mean that their care will only get worse. 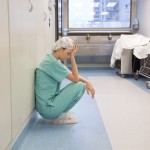 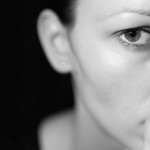