“Help me stop doing this.”

Mr. G was a 55-year-old homeless man who uttered these words to us during his fifth hospitalization for problems related to his alcohol use:  intoxication, falls and alcohol withdrawal. He was on a downward spiral through the hospital’s revolving door and felt helpless. As a medical team, we felt helpless too. We did not know how to address his real problem — his cycle of addiction.

Hospitalized patients like Mr. G are frequently treated for their immediate symptoms or complications of alcohol use, but rarely is their underlying illness addressed. This stands in stark contrast to patients who are admitted, and frequently readmitted, for heart failure exacerbations or diabetic ketoacidosis. Physicians would balk at the idea of managing the acute manifestations of these illnesses without addressing the underlying chronic condition. A diuretic would most certainly be prescribed. Insulin would likely be titrated. Unfortunately, we do not approach alcohol addiction in the same way. Despite several FDA-approved medications for the treatment of alcohol use disorder, hospitalized patients are rarely, if ever, treated for their underlying addiction. The result of this is increased hospital readmissions, morbidity and mortality.

Inadequate treatment of alcoholism has profound consequences for both patients and society, where approximately 15 million adults drink heavily and 1 in 10 deaths among working-age Americans is due to excessive drinking. Alcohol misuse costs the nation nearly $250 billion annually, primarily due to lost productivity from premature death and costs to the criminal justice system.

For patients like Mr. G, hospitalization provides a unique opportunity to intervene, as they are often motivated to make changes following an acute illness. Additionally, many patients struggling with addiction do not access routine primary care. Hospitalization may be their only point of contact with the health care system.

Mr. G is like many patients seen at our hospital, where one in four adults on the internal medicine service meets criteria for excessive alcohol use. Over the past several years, an interdisciplinary group of providers, staff and trainees have developed and implemented an initiative to identify all hospitalized patients with alcohol use disorder and encourage providers to discuss treatment with naltrexone, one of the FDA-approved medications used in the treatment of alcohol use disorder, with eligible patients.

The effects have been profound. Naltrexone had been rarely discussed with patients as a treatment option prior to the intervention, yet afterward physicians were recommending naltrexone to 50 to 70 percent of eligible patients. We believe this is indicative of a fundamental shift in physician attitudes. Our colleagues described that knowing naltrexone was in their arsenal of treatments empowered them to discuss alcohol abuse with their patients. The feeling of helplessness when admitting a patient with alcohol withdrawal was replaced by a sense of opportunity to make a bigger difference.

We recognize that naltrexone is not a silver bullet. It will not work for everyone, nor is it a substitute for behavioral therapy. But as doctors in a system that has for too long provided too little to patients suffering from alcohol abuse, we need to use any tool we can to combat this devastating problem. We firmly believe physicians have the responsibility to familiarize themselves with these medications. It would be inappropriate to “treat” a 55-year-old smoker with a COPD exacerbation by admonishing his indulgence of cigarettes without discussing the post-discharge role of cessation and, yes, medications. So too is this the case in the treatment of alcohol use disorder, where appropriate medical therapies exist. Alcohol abuse is not a moral failing but a medical illness, and palliating the symptoms while ignoring the underlying problem does a disservice to our patients.

Recent health reform has brought a renewed sense of commitment to substance abuse treatment and has made naltrexone and acamprosate more accessible to patients caught in their cycle of addiction. These medications will only work if we as physicians rethink our approach to alcohol use disorder as we care for and help our own Mr. Gs.

How I became the doctor I always wanted to be 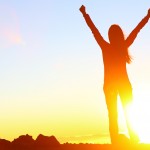 MKSAP: 54-year-old man with a tremor

Hospitalization for patients with alcohol use disorder: A teachable moment
2 comments