In the classic film, The Day the Earth Stood Still, an alien spaceship lands in Washington, DC, and delivers an alarming message; people of the earth must cease their internecine hostilities or face total annihilation. To prove their power, the aliens cause all electrical devices on the planet to stop working for 30 minutes. It’s a pretty impressive show of force.

At 8:45 a.m. yesterday, despite the absence of aliens, it happened again. All productive activity in our office screeched to a halt. Secretaries stopped scheduling appointments. All four nurse practitioners stopped seeing patients. I withdrew my hands from the keyboard and apologized to my perplexed patient. Every computer screen faded into darkness. While some electrical devices still functioned, our electronic medical record (EMR), the repository of all patient medical history, medication lists, allergies, physical examinations, test results, appointments, and billing information had stopped working. Reluctantly, so did we.

The nurse practitioners and I were frustrated and frankly, angry. Our office is always incredibly busy, with no time to waste. Even when things are running well, patients often have to wait too long to be seen, but today they would wait even longer. Without a functioning EMR, each tick of the clock dragged us further behind. We were paralyzed. Frantic calls to the information technology (IT) department went unanswered. Apparently, they were too overwhelmed with repairs to answer the phone. We thought about taking notes on paper and later transferring them to the EMR, but without patient charts we were severely handicapped. For example, we couldn’t prescribe medications, because we didn’t know which medications the patients were taking, or had taken, or were allergic to. We didn’t know how long the outage would last. If it would be all day, then paper and pencil it would have to be.

Our flustered office manager announced to the crowded waiting room that patients could continue to wait or make another appointment. Some murmured, and others shifted in their seats. Many pulled out cell phones and texted family or work to warn of impending delays.

The EMR appeared to be an obvious solution to efficient patient management in the age of big data and mobile patients who seek care at multiple institutions. However, due to a myriad of flaws in design and implementation, the EMR for many doctors and patients has been arguably more detrimental than beneficial. Even for computer-savvy clinicians, EMRs are difficult to learn. EMRs are awkward to use, wedging themselves in between clinician and patient.

In addition, an EMR is expensive for an office to buy and maintain, generates lengthy notes that obfuscate key information, increases the length of time required to document visits, and often fails to communicate with other proprietary EMRs. As optimally envisaged, the EMR would have emerged as a universal clinical tool instead of a recalcitrant impediment to patient care. Somehow, an idealistic dream mutated into a waking nightmare. Short of a presidential edict mandating a single, effective EMR, it is unclear how to improve the computerized cacophony of today’s EMR systems.

In addition, like all electronic devices, EMRs occasionally malfunction. Large hospital systems maintain expensive backup systems to prevent wholesale carnage amongst critically ill patients in operating rooms, intensive care units, step-down units, patient wards, and emergency rooms. Our small office does not have a backup system. As inefficient as our old system of paper charts may have been, it never stopped working.

Birds still chirped outside the window, and the sun continued its grand arc in the sky, but our well-worn keyboards remained silent. The internet had also gone down, eliminating even the distraction of accumulating emails. We waited. We sipped coffee. Finally, after half an hour of suspended animation, the EMR flickered back to life. We welcomed patients back to the examining rooms and resumed typing our clinical notes. We were happy to return to work, but chastened by the knowledge that in a few days or weeks, we would helplessly succumb to another agonizing episode of EMR-induced paralysis.

If only the aliens would put us out of our misery.

Andrew N. Wilner is a neurologist and author of Epilepsy in Clinical Practice: A Case Study Approach. 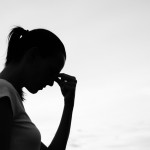 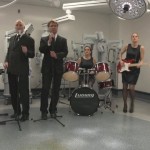