Since the introduction of the robotically assisted laparoscopic radical prostatectomy (RALP) in 2000, the long-term prostate cancer control has been uncertain. We now have the first long-term cancer control study that compared the results of the earliest RALP with historical open radical retropubic prostatectomy (ORP) outcomes. Diaz and associates from a recognized RALP center of excellence concluded that RALP has similar long term cancer control compared to open surgery. Not better, not worse but about the same.

More rapid recovery, enhanced quality of life, improved continence and erectile function are central themes of the promoted benefits for RALP. Whether these and other health-related quality of life (HRQoL) measures are superior when RALP is compared to ORP has been debated for years with publications supporting both sides of the issue. In an ideal world a large-scale prospective randomized trial would have been conducted to establish unequivocally RALP benefits compared to ORP, but that is not feasible in the United States.

A recent Toronto study reviewed records on over 900 men using a validated HRQoL instrument preoperatively and every 3 months up to 15 months after surgery who underwent RALP or ORP. While the raw HRQoL outcomes suggested an improvement with RALP, when adjusted for other factors (age, disease characteristics, etc.), RALP was superior at only 2 of 5 postoperative time points. The authors concluded that the differences between RALP and ORP did not meet defined thresholds of clinical significance. Another new population-based study has noted that men undergoing RALP likely experience less decline in early urinary continence and sexual function compared to those undergoing RRP but the clinical meaning of these differences was uncertain. Is the HRQoL with the robotic technique not better, not worse but about the same?

Along with the evolution of the robotic techniques, there have been other important changes in the overall surgical management of men with prostate cancer. Increases in localized favorable risk disease and improved perioperative management relying upon critical care pathways have favorably impacted outcomes of both RALP and ORP. The differences between the two techniques appear to be diminishing with time. The differences that are generally agreed to are that open surgery may have greater blood loss while robotic surgery adds $2,000 to $3,000 to the cost of each case.

RALP is the current volume leader in surgery for prostate cancer in the United States. This is largely due to the quest by hospitals and physicians for larger prostate cancer and other robotic surgery related market share and aggressive advertising and promotion by the sole US robot manufacturer. Combine these facts with the fascination of surgical trainees and patients alike with anything high tech such as robotics it is easy to see why RALP has become so popular. The ORP approach is usually considered the gold standard in the treatment of localized prostate cancer that robotics are routinely compared to. ORP is a technically challenging procedure but one that underwent dramatic improvements since its revival by Dr. Walsh in the 1980s. Some urologists have suggested RALP is easier to teach than ORP due to improved visualization. As several well-known academic urologists who train the next generation of urologic surgeons have noted, ORP may soon become a lost art. In the future patients who may not be candidates for robotic prostatectomy might not find a surgeon trained and proficient in the open technique.

Another urologic procedure getting increasing public attention is the robotic radical cystectomy. While recent newspaper headlines proclaim that this is a “boost” for bladder cancer patients, curiously the first line of the newspaper article reads as follows: “Patients with bladder cancer who underwent robot-assisted surgery experienced similar results to those who had traditional operations…” Here again is the acknowledgment of the oncologic equivalence of the robotic cystectomy compared to open technique at five years. Other multi-institution papers that focus on complications of robotic cystectomy note while it can be considered a “safe” procedure, it still remains a morbid one with similar outcomes to standard radical cystectomy. Is the robotic technique not better, not worse but about the same?

Innovation and improvements in operative techniques and striving to improve patient outcomes are core principles of modern surgical practice. These principles should be embraced and are well represented by continual modifications to improve both robotic and open surgical procedures. No robotic or open surgical procedure should be summarily dismissed until one approach is proven to be unequivocally superior. We have been there before. After a few years of debate, it is now well established that the appropriate use of minimally invasive laparoscopic renal surgery represents a major advance in urology. It is still unclear if the same can be said of robotic prostate and bladder oncologic procedures at the present time.

Urologic surgeons work each day to improve the outcomes of our patients using standard techniques and newer technologies. As a rule, these new technologies can significantly increase the cost of medical care through increased operating room expenditures. The expense is well worth it if the benefits are clear and consistent. It is not clear that RALP is consistently and convincingly superior to ORP. Comparing oncologic surgical interventions using robotic approaches should we expect them to be better or about the same as the equivalent open surgery? 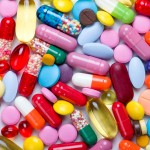 Is robotic assisted prostatectomy worth the added expense?
1 comments