“What is the term we use to describe the cells that help us diagnose papillary thyroid cancer?” the attending pathologist asked a room full of residents at a noon didactic.

“Orphan Annie Eyes,” they nearly all responded at once.

“And does anyone here know who Orphan Annie was?” he asked next.

It is something memorized by every medical student — the papillary thyroid carcinoma cells with cleared out nuclei are called “Orphan Annie Eyes.” And yet, the assembled pathology residents — most in their 20s and 30s, many born and raised outside the United States — had little idea why.

To those of us raised in the States (particularly above a certain age), Annie is, of course, the spunky young redhead in the popular Broadway musical and movies. The medical reference, however, comes from the pupil-less eyes of the original “Little Orphan Annie” first seen in the funny pages of newspapers back in 1924.

That comic strip has long since disappeared from most papers, but “Orphan Annie Eyes” are still going strong as one of the many colorful “buzzwords” used in medicine to describe a condition with a distinctive appearance or presentation and perhaps create an association that makes it easier to remember, particularly as one is drinking from the firehose of medical education. Having worked as a newspaper reporter before going to medical school, I am attuned to language and intrigued by buzzwords, some of which are creative and timeless.

For instance, there’s the “Scotty dog” appearance of the lumbar spine on an x-ray, which resembles a Scottish terrier, and the collar on its neck that appears in a case of spondylolysis. There’s the “Christmas tree” distribution of papular skin eruptions in pityriasis rosea and the “prostitute’s pupils” that don’t react to light in a patient with neurosyphilis. Patients with rheumatoid arthritis may develop hand contortions described as “Boutonniere” or “swan’s neck” deformities.

Someone with damage to their distal ulnar nerve may not be able to extend their ring finger and their pinky, leaving their hand in a position known as the “Pope’s blessing” sign, while damage to the distal median nerve may leave a patient with an inability to abduct his thumb — the “ape hand.” And, under the microscope, you can look for the “starry sky” pattern of cells in Burkitt’s lymphoma or the “owl’s eyes” cells in a patient with Hodgkin’s lymphoma.

Buzzwords work best, I think, when they click with little or no explanation. Others haven’t aged so well, but, decades after they were first applied, are still taught in med school lectures, repeated in residency and dropped into exam questions — sometimes to the increasing befuddlement of each new generation.

For instance, have you ever eaten currant jelly? All of us in medicine use “currant jelly sputum” to describe the decidedly unappetizing bloody mucus coughed up by someone with pneumonia caused by the Klebsiella bacteria. Currants, which are tart grapelike berries, were more popular in the U.S. a century ago, but the current currant crop is too small even to be reported by the U.S. Department of Agriculture. Still, I did find a few jars of currant jelly produced by a Smuckers specialty label at my local supermarket in case anyone wants to check if this analogy fits.

Or, consider the “Maltese cross,” the symbol of the Knights of Malta, a Mediterranean island. It’s a version of the Christian cross dating back to the crusades that’s formed by four arrowheads pointed together.  In nephrotic syndrome, a renal disease, urine examined microscopically may contain fatty casts of cholesterol that form a shape like a Maltese cross. It’s also applied to the disease babesiosis, in which a parasite forms a tetrad, Maltese cross-like formation in red blood cells seen on a blood smear.

Another buzzword associated with medieval times, if not earlier, is the “signet ring cell.” Signet rings bear an engraved crest, initial or image that royalty, popes, and noblemen once pressed into wax to seal a document as a kind of personal signature.  A signet ring cell, which can be seen in certain cancers (particularly gastric carcinoma), is a cell that contains so much cytoplasmic mucin that it pushes the nucleus off to the periphery where it begins to bulge outward. The mucin is clear, and the cell is round, so it resembles a signet ring on its side.

My favorite dated medical reference is the “anatomical snuffbox,” which refers to the triangular depression at the base of the thumb bordered by tendons near the wrist. This turns out to be a handy little spot to place powdered tobacco, or snuff, before sniffing it up your nostril. Snuff is one of the oldest forms of tobacco use and was predominant until the late 19th century when cigarette rolling machines were invented.

The anatomic snuffbox is clinically relevant because a wrist bone at its base, the scaphoid, is commonly fractured when someone falls on an outstretched hand. Doctors can pick up on that in a physical exam by demonstrating tenderness of the anatomical snuffbox. And that would put a serious cramp in your snuff-sniffing.

Part of the richness of a career in medicine is the connection we share with the countless practitioners who paved the way for us decades, centuries and even millennia before us.  Antiquated buzzwords like “Orphan Annie Eyes” are part of that long history and their back-stories, to me, carry a certain charm. But if the most common reaction to these references among 21st century trainees is a collective “Huh?” then perhaps they are in need of an update.

Until then, Little Orphan Annie will continue to live on in medicine tomorrow and beyond. You can bet your bottom dollar on that. 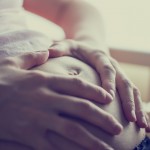 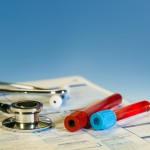 Is it time to update antiquated medical buzzwords?
8 comments