Recently, my friend “Tim” told me that he no longer wished to become a doctor. He had already taken the Medical College Admissions Test (MCAT) and all his premedical course requirements. But a summer shadowing physicians whom he described as  “always unhappy” convinced him to cut his losses.

“I worked hard the last three years,” he explained to me. “But I don’t want to be miserable forever.”

Medicine is a demanding and often thankless profession. Long and stressful hours, years of training, little sleep, and heavy debt can all take their toll. One survey suggested that 9 out of 10 doctors are unwilling to recommend healthcare as a profession. Nearly 400 doctors commit suicide every year.

This comes at a time when the U.S. needs more physicians. The American Association of Medical Colleges (AAMC) projects that the U.S. physician shortage will balloon to 90,000 by 2025.

With stakes this high, medical schools look for candidates who convey with certainty their interest in medicine. Doctors are long-term public investments: It takes over a decade to train a physician and residency programs are subsidized by the U.S. government. What’s more, medical schools understandably do not want to waste precious seats on candidates who change their minds later. According to the AAMC, over 48,000 individuals applied for 20,000 seats in 2014.

It is, therefore, no surprise that pre-meds must convey certainty when they apply to medical school.  Like many other candidates, Tim did this by narrowing his academic and extracurricular involvements at university, sacrificing exploration to push through rigorous requirements and gain clinical experience.

But while Tim’s involvements appeared attractive on a medical school application, they did little to convince him that medicine was the profession for him.  This is the problem with premedical education in the U.S.: Too often the cart comes before the horse.

Certainty is often the prerequisite for interest in medicine, rather than the logical product of exploration. At my university, pre-med classes, which are often designed to cull or “weed-out” students, are obstacles to be hurdled rather than opportunities for intellectual exploration.

I have pre-med friends who, in addition to attending classes, spend twice as many hours in the library as in their beds. There’s little incentive to step off the academic treadmill. Introspection and self-exploration, normal parts of a college education, mean falling behind the competition.

Extracurricular activities that provide “clinical experience” become commodities. One pre-med club offers “points” for members who carpool or set up tables at club events. These points can later be exchanged to shadow physicians who have partnered with the club.

As a pre-med student myself, I worry that I have practiced burying self-doubt so often that I have lost the ability to think critically. Medicine is a messy and trying profession. Questioning whether it’s right for you is a sign of maturity, rather than a sign of weakness.

I believe my peers and I will have much to offer as physicians, but only if we are happy individuals. We cannot be happy by suspending doubt, by constructing facades of certainty, or by pretending to be individuals we are not.

Hip hop artist Kendrick Lamar writes, “Love is not just a verb, it’s you looking in the mirror.” The most successful doctors I know are also the happiest. They practice uncensored reflection and forgive themselves easily. They do not mistake their authenticity for deficiency.  They allow themselves to feel helpless, vulnerable or uncertain.

So when Tim told me he no longer wished to pursue medicine, I was happy for him. Doubting or even quitting medicine are not signs of failure. In fact, they are often the most productive things one can do. Tim will reflect on his last three years, take what he can, and leave the rest. Our country needs more doctors. But more importantly, we need more happy doctors.

Christopher Cai is an undergraduate student.

Physicians must never lose their humanism 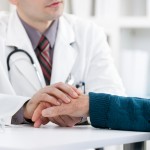 The dystopia of modern medicine 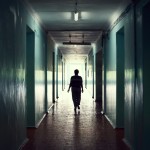 Want to become a doctor? Don’t be so sure.
78 comments