But as he haltingly entered the dark building at the end of an otherwise unexceptional suburban street, he felt more like a criminal than a scholar.  His office was drab.  Each room was glowing with the artificial light provided by an incandescent bulb.  He often wondered whether the lack of windows was to keep the light from piercing the imperturbable darkness or to trap the terror in.

He knew his place.  He was the last stop on a frightful train line that ended in horror.  There was no solace.  His clients never dreamed of needing his services, and yet they came.  Without fail, they averted their eyes to hide the excruciating pain and loss.  He met them in life’s basement.  In a lonesome quagmire, he helped them wade through the morass.

In his younger years, his work clung to his back even outside the office.  He awoke from nightmares of the vilest kind.  Remnants of the day stuck to his clothing.  He tried to scrub and scrub, but they refused to fade away.  A sort of blackness pervaded his waking hours.

It was in this acrid garden that a certain soullessness grew and flourished.  He found that he could approach his clients with a coldness that became rather comforting.  Empathy wouldn’t pull them through the manure-laden pit that they found themselves trapped in.  His voice, certain and clinical, could.

As the years passed, his body bent and his haired thinned.  Years of tumult left scars that were far passed the point of healing.  From time to time, he found himself wandering through the office on the weekends, or in the evening when no one in particular was scheduled to visit.

He sometimes felt lost amongst his family and friends.  He occasionally had bouts of agoraphobia at home with all the light and windows.

He left the office cautiously every day and found the outside world to be a place that was no longer black nor white but filled with incomprehensible shades of gray.

And that terrified him.

Want to become a doctor? Don't be so sure. 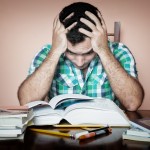 The surprising reason behind an early refill of alprazolam 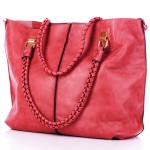 The dystopia of modern medicine
3 comments