Katie had always come to clinic in an anxious and frazzled state. Hair blond hair disheveled, large handbag open, items at the verge of spilling out. Yet she came, dutifully, to meet her counselor, to attend group therapy, to get vitals checked by her nurse, then to drop off a urine sample. But not today. Nor did she return to clinic over the next three weeks. Katie was found by her boyfriend, lying on their kitchen floor with a needle in her arm. At age 23, Katie died of a heroin overdose.

Recent data from the Centers for Disease Control and Prevention (CDC) revealed that the rate of heroin use doubled among women in the span of a decade. A statistic I have known all too well.

I know Katie’s story because I am the doctor who saw her in clinic. I am part of an interdisciplinary team — nurse, therapist, case manager, doctor — who cares for patients with substance use disorders. As an addiction medicine specialist for Boston’s homeless community, I take care of many men and women who have experienced drug overdose — now the leading cause of death amongst my patients. And while high-profile overdose deaths make the news — Philip Seymour Hoffman, Whitney Houston, Janis Joplin, Elvis Presley, Coco Chanel — the Katies of the world don’t make the headlines.

The scope of this problem is staggering. According to the CDC, the drug overdose death rate has more than doubled from 1999 to 2013. In the U.S., 120 people die every day from drug overdose, and another 6700 people are treated in emergency departments for drug misuse. In March 2014 in the state where I see patients, former Massachusetts Governor Deval Patrick declared substance use a public health emergency after a surge of overdose deaths from fentanyl-laced heroin. And in June 2015, Governor Charlie Baker’s Opioid Working Group created a series of recommendations to combat this devastating epidemic.

There’s no one solution to this growing epidemic. Suboxone (a drug consisting of both buprenorphine and naloxone) can be quite effective as long-term treatment for opioid use disorder, which Katie was receiving. However, at the time of a potential overdose, when a person is about to plunge into respiratory arrest, it is naloxone, a.k.a. Narcan, that can save a life. Narcan binds the same receptor as opioids like heroin and oxycodone but with far more “tenacity” (i.e., affinity), thus effectively “bumping” off the latter drugs. This is how Narcan is able to reverse a potential opioid overdose. Newer formulations enable Narcan to be safely administered intranasally: 1 to 2 quick sprays into each nostril can revive an unconscious victim.

Although Katie came to clinic weekly to pick up her suboxone script, it was clear that she was slowly being strangled by the powerful tentacles of addiction. In the weeks leading up to her death, she appeared agitated, heart racing, nervous. Other times, she looked sedated, and was difficult to arouse. Her urines were always “dirty,” that is, they were found to have cocaine, opiates other than Suboxone such as heroin, Oxycodone, and morphine, as well as benzodiazepines (such as Xanax and Klonopin). It is the latter two categories of drugs — opioids and benzos — which can cause the lungs to shut down, leading to death.

So, now we know how we could have saved Katie — just give her Narcan, right? But Narcan was already on Katie’s med list. Then why did this 23-year-old girl still die? Poor availability. Lack of knowledge. Panic. When she was lying unconscious, Narcan wasn’t in the apartment; she never picked up the medication from the pharmacy even though she received the prescription. I found out later from her distraught boyfriend (also my patient) that he wouldn’t have known how to use it. These barriers need to be overcome.

But change is slowly coming about. The MA Board of Registration of Pharmacies published a list of 15+ pharmacies (with over 50 locations) that have physician standing orders enabling pharmacists to dispense Narcan. These naloxone rescue kits contain instructions on proper administration. Many pharmacists, physicians, and nurses are also educating patients on appropriate Narcan use. MA Governor Charlie Baker’s Opioid Working Group recommended a public awareness campaign focusing on reframing addiction as a chronic medical disease, as well as making recovery coaches available in emergency rooms, and expanding community coalitions to address the opioid epidemic. Many more recommendations can be found in this press release.

Another key intervention has been widespread utilization of Narcan by first-responders. According to EMSWorld, Boston EMS has long deemed opioid overdose a basic life support call and has administered Narcan since 2006; this prompted New York’s successful intranasal naloxone pilot program. Effective, broad-spectrum implementation of these measures will hopefully prevent an overdose death among the 2 million+ people in the U.S. currently misusing opioids. If we can save more lives, then perhaps Katie’s death will not have been in vain.

You can't tell whether a psychotherapist is impaired 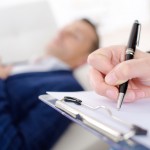 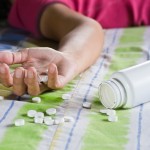