There is much to learn as a new physician, but some patients teach you things you never meant to learn. This happened to me a few months ago.

I was taking care of a 26 year old who had an end-stage, inoperable brain tumor that was causing progressive seizure activity. He was admitted with a headache. He had just been discharged about one week ago with similar symptoms. We treated his pain and used steroids to decrease the swelling in his brain, and his headache resolved.

During his admission, multiple discussions took place with the patient and his family regarding his wishes in the event that his heart or breathing stopped. The progressive nature of his symptoms and likely impending brain herniation and death were explained. Once the tumor got too big, and the pressure inside his skull reached some critical threshold, his brain contents would essentially bulge out of the base of his skull and kill him. The patient and family still wanted to remain full code, with full resuscitative measures performed.

This made me irrationally angry. I found myself asking, “What would I want?” I could not help but notice that I was the same age as the patient, which was rare in the intensive care unit I was working in. Maybe this is one of the reasons why I had such a strong reaction. I could not understand why this patient and his family would not put him on do not resuscitate/do not intubate status. That’s what I would want if I had a progressive and incurable illness. I thought that surely they did not understand what we meant when we were explaining the eventual outcome, or they would have felt the same way. I also thought that maybe if we changed the way we were saying it, the phrases we were using, it would make more sense.

Somehow we had to make them understand that he would die from this, and it would happen suddenly. All at once, the pressure in his brain would be too much, and that would be the end of it. No amount of CPR would bring him back. Sure, we could try a few things to lower the swelling in his brain, but we could not change the fact that he has an inoperable tumor slowly expanding and causing more and more swelling. Didn’t they understand that CPR meant broken ribs and would not change the eventual course at all? This tumor was going to kill him.

Before seeing this patient, I had the belief that physicians should present options impartially to a patient and let them decide, and anything else would be paternalistic and not fair. Sure, we have a greater amount of medical knowledge, and understand disease processes better, but that does not give us the right to make medical decisions for someone else. Something about this case made me lose sight of that. It made me angry, and I am not sure why. Maybe it was because I thought I knew the answer but I couldn’t make the patient see it. Maybe it was because I knew that we couldn’t do anything for this young patient besides make his transition to death as smooth as possible. Or, maybe it was because it just did not seem fair. Regardless of why, I am certain that anger had no place in my caring for this patient.

After seeing this patient, I still believe that patients should make their own decisions and that that is not the role of the physician. People have different values and must make decisions based on those values. I want to be a compassionate and loving physician and to truly care for my patients, but I need to learn to accept their choices. It is a difficult balance for me, but maybe if I remind myself of my role and aim to excel in that capacity, it will be easier. My role is a mixture of things, involving much more than medical management: listening to fears, compassion for the suffering, encouragement in the face of obstacles, and helping patients maintain dignity. I cannot possibly make the best decisions for my patients — they must do that themselves.

I ask myself again, “What would I want?” if I were in the patient’s shoes, and this time the answer is respect. I would want respect for my situation, my family, and ultimately my wishes. I would want autonomy over my own life, for however many days or weeks were left of it.

I think I forgot something in my list of roles: preserving autonomy. This is the ultimate respect. Sometimes the most important lessons are the ones you never meant to learn.

Angelica Mancone is a medical intern.

The challenge of evidence-based medicine to the new physician 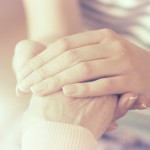