Some time ago, I engaged in a debate with a proponent of GMO labeling. His main point was that the information provided by labeling would allow consumers to make better decisions about what they eat. He went so far as to condense his argument into three simple words: “Knowledge is power.”

What my opponent failed to mention is that the truth of this statement is conditional. Knowledge can be powerful, but only after an essential set of criteria is met. Short of these criteria, knowledge can easily promote irrationality and needless apprehension. Indeed, the fallacy that knowledge yields unconditional power leads to a distrust of the scientific process, and the medical advances that result from it.

Knowledge should be complete

Or, at the very least, as complete as possible. Perhaps more than anything, it is the selective, partial, acquisition of knowledge that undermines the foundation of evidence-based medicine. Virtually any medical advance or intervention can appear discredited if one considers only a limited amount of information.

For example, the following are some statistics that were provided by the alternative/complementary medicine website, Mercola.com:

Today, it’s one in three!

The website went on to conclude that evidence-based medicine’s war on cancer has “been a farce” and that conventional medicine had failed in its endeavors to combat the disease.

Of course, even if these numbers were accurate, they can easily be explained by the additional knowledge that, as the 20th century progressed, people lived longer — largely as a result of advances in medicine. Since cancer risk increases with age, it would not be surprising for cancer incidence to rise during a period when longevity did also. This increase, however, reflects a success, and not a failure, of evidence-based medicine. The illusion of failure only arises when critical information is ignored.

Knowledge should be objective

And more to the point, this objectivity should be critically evaluated. It surprises me how often skeptics of medical research are quick to dismiss the peer review process, referring to it as “elitist” and “unnecessary.” I admit that this process is imperfect. Despite best intentions, flawed studies occasionally end up being approved, funded or published. However, peer review is essential in promoting an environment in which researchers welcome others to challenge their approaches, findings, and ideas. The greatness of the scientific method lies in this invitation to scrutinize; for it is only by withstanding such scrutiny that knowledge can have integrity. A fundamental tenet of evidence-based medicine is that knowledge is only useful when we accept that it might be incorrect or incomplete. Above all else, the peer review process demonstrates that physicians and scientists who conduct legitimate research are willing to be told that they are wrong.

Knowledge should be current

Medical advances must … well … advance. As more data is acquired, as new methods are developed, and as scientific scrutiny is embraced, medical knowledge is refined. Often, changes in medical recommendations over time are viewed of negatively. Such distaste results from the misconception that science is about certainty. When medicine changes, it is erroneously concluded that science has somehow fallen short.

However, medicine of today being different from that of the past is not a failing of the scientific process; it is a triumph. Although much medical knowledge has withstood the test of time, the scientific method does not promise eternal truth. It only promises that knowledge at any moment is derived from the best available tools, based on the best available data, and that the limitations of this data are constantly questioned. Medicine may, therefore, evolve as new information and methods become available. This, in turn, improves patient care.

The fallacy of knowledge and power

Alexander Pope once wrote: “A little learning is a dangerous thing;  drink deep, or taste not the Pierian Spring: there shallow draughts intoxicate the brain, and drinking largely sobers us again.”

It is commonly assumed that the distrust exhibited by the anti-vaccination movement, or patients who refuse chemotherapy for their cancer, is a result of being either uninformed or misinformed. In fact, such misguidedness usually reflects being partially informed.

Patients who are concerned with the side effects of chemotherapy are correct in acknowledging these side effects. However, without also knowing the efficacy of these agents, and fully understanding the risks of delaying or forgoing cancer treatment, focusing on these side effects cannot possibly result in an informed decision. Likewise, my skepticism of celebrity physicians who support GMO labeling is not an objection to providing information; it is an objection to providing limited information.

The anti-vaccination movement, in particular, highlights the dangers of assuming the unconditional power of knowledge. By focusing on very rare incidents of vaccine injury, as well as outdated literature that has been both discredited and retracted, vaccine opponents are falsely empowered to the point that they remain steadfast in their misguided opinions.

But knowledge, if it is to be meaningful, should not be about power. It should be about humility. This is the difference between knowledge and expertise; experts also focus on the limitations of the information they possess. Physicians who practice evidence-based medicine should be trusted not because of what they know, but because of the standards of completeness and objectivity to which their knowledge is held. Sadly, failing to meet these standards can be the difference not only between strength and weakness, but life and death as well.

Casual Fridays don't have a place in medicine 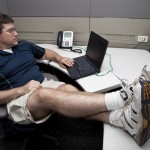 It's time to study the economic impact of new drugs

Knowledge and power: The fallacy that leads to a distrust of medicine
27 comments