When I first decided to pursue a career as a physician scientist by enrolling in the medical scientist training program, my goals seemed very clear; to bring what I learned at the bench to the bedside.  Today, as a junior faculty member in a department of pediatrics who spends most of my time in the lab, this now clichéd phrase continues to echo in my mind. Yet, I am concerned that the way that medicine has evolved its “bench to bedside” process will result in a deterioration, if not the demise, of a critical component of medical progress: basic scientific investigation.

Most clinician researchers who describe themselves as “basic” scientists really are not.  That is not to say that their work is not important or critical, because it certainly is.  However, working with animal models of human disease, or testing novel therapies in the lab, or developing a new diagnostic test, is not truly basic science.  While bench work is certainly involved in these endeavors, I would argue that such research falls under the jurisdiction of “translational,” rather than “basic,” investigation.

Translational research certainly has its merits, and it is understandable that it predominates as the major type of bench research embraced, practiced, and recognized by academic clinicians.   It is, therefore, not surprising that the evolution of the “bench to bedside” process now usually involves this type of research.

Picture a bridge over a ravine, with the laboratory on one side and the patient, in a hospital bed, on the other.  It is easy to imagine how to move most quickly across – keep the two sides as close together as possible, and build a short bridge.  This is the approach of translational research  – by keeping the problems addressed as clinically relevant as possible, the ease by which knowledge generated in the lab can be moved to the patient is greatest.

I am writing today to defend the distant bench of basic science, to emphasize why it is sometimes important keep the ravine wide, and to keep the bridge long.  Most importantly, I want to encourage all of us, physicians and scientists both, not to shorten the distance between us, but to run across the bridge faster.

What is the feature of basic science that distinguishes it from translational research?  As I define it, basic research is most concerned with the generation of knowledge, rather than the achievement of applicable objectives.  Basic science aims to answer fundamental questions and give us greater insight into nature, regardless of whether these answers might be useful to us.

Why is such research needed for medicine?  The answer is not as obvious as one would think.  In medicine, there will always be problems that appear unsolvable.  Metastatic cancer is still largely incurable.  Certain illnesses have no identifiable cause.  Most genetic diseases have no effective treatment, let alone cure.

It is in the overcoming of apparently insurmountable medical obstacles that basic science is essential.  Despite the nobility and creativity of translational research, it has largely been basic investigation that, historically, has given us the means to solve what was previously unsolvable.   Chemotherapy, antibiotics, vaccines, stem cells…the list of major medical advances that were completely reliant on basic discoveries goes on.

Why would this be the case?  The answer is simple.  In order to revolutionize medicine, paradigm shifts are needed.  A paradigm shift is an upheaval and re-thinking of current knowledge, be it scientific or medical.  It is a discarding of everything that we thought we knew, and replacing it with fresh ideas and theories that better explain what we observe.

Translational research is poorly equipped to create paradigm shifts.  The reason for this is that, by definition, translational researchers depend on prior “common knowledge” to provide a rationale for what they are trying to achieve.  It is the complete rejection of “common knowledge” that leads to paradigm shifts.  The intellectual rigor and skepticism of basic scientists, while sometimes annoying, also makes them more comfortable at replacing old ideas with new ones.  Sometimes, though not often, this leads to a complete rethinking about disease prevention, diagnosis or treatment.  This is how solutions to previously impossible problems are created.

From the standpoint of the clinician, what basic science lacks is efficiency.  The majority of basic science will not generate knowledge that is clinically useful.  For that reason, physicians sometimes view basic scientists with disdain, while comfortably ignoring the fact that without basic research, many of their clinical tools would never have been conceived.

From the standpoint of the basic scientist, the relative ease by which clinical and translational research is funded, despite the fact that it is not as intellectually rigorous, sometimes leads to resentment.  The stigma that a PhD is not a “real doctor,” and the increasing de-emphasis of basic research in medical training, only adds to the unwillingness of basic scientists to work closely with clinicians.

The ravine is wide, but without this separation of science from the desire to cure the patient, the objectivity and skepticism needed to create paradigm shifts would not be achieved.  Yet, only intellectual distance is needed.   Social and professional separation in the form of disrespect, lack of recognition, and unwillingness to meet and share ideas, is not.  The bridge may be long, and it should be.  To help the patient, both physicians and scientists need to cross it.

You may be surprised at what family physicians do 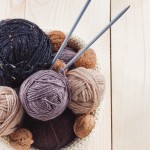 In defense of basic science: The need for translational research
1 comments