She was so young — only 32 when diagnosed with ovarian cancer. She had given birth to a son only four months earlier and by all rights should have been celebrating being a new mother. But, instead, she had developed acute pelvic pain, undergone emergent removal of her uterus and ovaries, and was now in my office to discuss treatment.

I had talked about her diagnosis, explained what it meant to have stage III ovarian cancer, and reviewed the prognosis, during which time I was fully cognizant of the little boy she cradled in her arms. He was remarkably quiet as we talked — almost as if he understood how serious the situation was.

I talked of chemotherapy and detailed the potential side effects. I asked if she had any other questions and only then did her eyes well up. “I need to stay alive for my son. He needs a mom, and I have to beat this.”

We commenced chemotherapy and at each visit her son was there, in her arms. She was stoic through it all, and perhaps it was her young age, or maybe her will to live (or both) — she got through six cycles of carboplatin and paclitaxel with very few side effects. When I announced she was in remission, she breathed a sigh of relief and then started crying — joy because she was finished, but fear as well for an unknown future. Still, she left that day with a smile on her face, pushing a baby stroller out of clinic and into the streets of New York City.

She came to clinic without fail for follow-up. I saw her son grow up, too, and it seemed that he was so much bigger at each subsequent three-month visit. As we rounded out the third year, I thought she would beat the odds — most women relapsed in that timeframe where she had not.

Unfortunately, she represented with abdominal bloating and an elevated tumor marker. A subsequent CT confirmed recurrent disease. Again, I was looking in the face of my patient, and of her now young child, explaining what it meant to have a recurrence.

“What do we need to do?” she asked. “I need to live for my son. I’ll do anything.” I looked at her, and then at her son. “I promise,” I said to them both, “I will do everything I can to keep this cancer at bay for as long as I can.”

She responded well to treatment for her recurrence, until she didn’t. Each successive regimen resulted in a less robust, and shorter, response, until she presented to clinic with ascites and developed obstructive symptoms. Deep down, I knew she was dying. But, at each visit, I was met with the eyes of a child, maybe too young to understand what was happening, but who seemed always to say to me, “Do something!”

Ultimately, she was admitted with a complete bowel obstruction. An NG tube followed which provided relief, but the disease was so advanced that no surgery was possible. I remember going into her room; she sat there alone. For once, her young son was not with her. Although I was relieved, it also saddened me to see her without him. We sat then, discussed what was happening. I told her it was time to stop; that she was dying.

She looked at me then and after a moment, she sighed and said, “Well, it is what it is. I don’t know what else to say, except, I want to get out of this hospital.”

She moved to the country to be with her family. I never saw her or her son again, and in a small way, I was relieved I didn’t have to be the one to tell him, “Your mom is dying.”

Ask any oncologist, and they will tell you of the patient who they can never forget. Maybe it’s the one who beat the odds, or the one who benefited from an experimental treatment. For me, it’s this patient — whose child grew up in a cancer hospital, until his mother was no longer there to take him.

I learned how truly terrible cancer is, not only for the patient, but also for those left behind. I learned how evidence-based medicine has limits, and that in the end, doctors are human. Sometimes we continue to treat even when we know we shouldn’t — especially when there are children involved.

I wish it was an uncommon scenario, but sadly, it is one that has repeated during my career. And it never gets easier.

Don S. Dizon is an oncologist who blogs at ASCO Connection, where this article originally appeared.

Fellowship training, as viewed by a physician's spouse 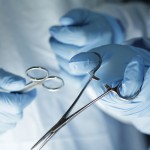 Why are affordable drugs so expensive?