Twenty months later, the exchanges are proving effective in reducing the number of uninsured and are beginning to provide the information people need to make an informed selection about which plan is best for their needs. As a result, I’m even more convinced than I was that they will bring about major improvements — improvements not only in how health coverage is purchased, but also in lowering cost and increasing quality outcomes.

Although concerns still exist, I predict that many of the latest headlines — about the technical challenges faced in the rollout of the law, the pending Supreme Court decision on whether subsidies are being made available consistent with the letter of the law, and the continued bipartisan bickering — will be largely forgotten a decade from now.

Already, with second-year enrollment complete, the results of the exchanges are nothing short of impressive. According to Gallup, the rate of uninsured Americans has dropped from 16 percent to 12 percent. And some 14.1 million Americans already have signed up for the public exchanges.

Here, then, are the top five improvements to American health care that will come directly from the exchanges.

1. They will transform the health insurance market. The rules of engagement in the marketplace are shifting dramatically. Individuals who sign up for insurance through the exchanges are guaranteed coverage. They also gain advantages from standardized benefit design, cost transparency, and increasingly — at least in some states — data on quality.

With our limited experience on utilization and risk among enrollees, pricing has yet to settle. But in the future, as competition grows, the plans that sell insurance products through both private and public exchanges will be forced, if they want to attract new members, to lower prices and increase the value delivered.

Previously, insurance plans in the individual and small group market competed with each other mainly through product design and risk selection.

The most successful insurance companies figured out how to “slice and dice the risk pool” – selectively trying to enroll the youngest and healthiest in the individual market and thereby minimize the amount they had to pay to physicians and hospitals.

In the individual market, insurers did this by denying coverage to individuals with pre-existing conditions and creating “skinny” plans with limited benefits.

Such tactics are no longer legal under the ACA.

In addition, because competing plans in most communities used essentially the same physicians and hospitals, insurance companies had difficulty differentiating themselves from each other based on quality.

And, as a result, they only invested minimally in improving the effectiveness and efficiency of care delivery.

Now we can predict that going forward, individuals will have a broader set of options with added information. And the winners will be those plans that provide high-quality medical care at the lowest cost, rather than those who are best able to attract the healthiest patients or design coverage with the narrowest benefits.

2. They will enable companies to move from a defined benefit to a defined contribution. The exchanges extend to employers the opportunity to get out from being a “middle man.” Rather than being responsible for selecting the company’s insurance plan, negotiating the coverage provided and determining the size of the deductibles required, they can provide employees a set amount of money for health insurance — a defined contribution — and increase it in subsequent years at a rate consistent with their ability to fund this benefit.

Employees can then pick among the numerous options on an exchange based on personal preference. If they select a less expensive plan, they can take home the difference. Or they can enroll in a more expensive option and contribute their own money.

Previously, to control costs, some employers forced employees to switch insurance companies and, as a result, change doctors. Others required employees to pay more out of pocket. Both of these means of controlling costs made employees unhappy with their employers.

Now employers can avoid being put in the middle, while ensuring that their company’s cost of health care coverage increases at a rate the company can afford.

3. They will help individuals to comparison shop among the different plans. With costs now transparent, and increasingly quality information being made available, enrollees will be better equipped to make informed choices about the best plan for themselves and their families.

The public exchanges offer standardized benefits and comparable pricing. Each plan, from platinum and gold to silver and bronze, varies in monthly premiums and patient cost-sharing requirements.

Previously, health care pricing and benefits constituted nothing less than a “black box.” Plans varied widely in what was covered and how much an individual or family needed to pay out of pocket. It took an actuary to figure out which plan had the most value.

The government-funded subsidies are designed to make the Silver tier the most desirable. By law, this level of coverage requires on an actuarial basis that 30 percent of the cost be borne by an enrollee. As a result, all include deductibles for which enrollees must pay first dollar out of pocket payments.

Knowing they will be personally responsible each year to pay for a significant amount of their care, they will be more likely to take advantage of the free preventive services offered and deepen their personal commitment to lifestyle changes that could minimize major medical problems in the future.

And having to pay out of pocket will fuel individuals to be financially motivated to make more cost effective choices — for example, to take time to shop to find the lowest priced CT scan and request generic rather than brand name medications.

But one risk is that higher levels of cost sharing will lead individuals to forgo needed care, and end up with increased medical problems and long-term cost. This bears watching.

5. They will increase health insurance options and competition over price. We can expect increased competition to lead to lower pricing.

The number of programs available through most public exchanges today, already quite large, is projected to increase significantly in the future.

And thanks to the pooling of risk and reduced transactional costs, participating plans should be able to further restrain their prices.

Previously, many individuals working for a small business were given only one choice. Offering more options was too expensive.

The Small Business Health Options Program (SHOP) in the ACA is an important step forward, especially the provision that enables employees to choose coverage among competing plans. Unfortunately, SHOP is being implemented slowly.

But with momentum, more businesses will move to exchanges, individuals will have more choice and plans will be forced to provide higher value if they want to attract new enrollees.”

The problem with predictions

Although I am confident that the exchanges will bring great benefits for many enrollees, I also recognize the large number of uncertainties and risks.

Policy experts predict that the number of people insured through the combination of public and private exchanges will grow dramatically — and expect as many as 40 million people to obtain health insurance through private exchanges by 2018. But no one knows how narrow the networks will be and how easily people will be able to figure out which physicians and hospitals are included in each option.

And annually, we can expect the number of organizations that participate in the exchanges to increase. But we can’t be sure how stable the pricing will be from year to year for any particular plan.

And without question, total participation will increase over time. But we don’t know whether private versus public ones will dominate, and how quickly employers will decide to shift their benefit design from defined benefit to defined contribution.

Insurance companies play an important role in designing health care coverage and making it available to millions of Americans. But ultimately it is the physicians and hospitals that provide the care that patients require. And the quality of care delivery and how effectively it is provided need to be the basis of competition in the future.

Ideally the exchanges will create the incentives needed to improve what needs improving the most – how health care is structured and delivered in the United States.

I remain optimistic they will do so.

Dr. Oz shouldn't be fired. And here's why. 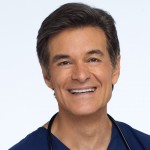