Many people know what it feels like to be depressed. It’s hard to go through life without at some point experiencing that helpless/hopeless feeling. Some people, however, stay stuck in this painful state. In my family therapy practice, I frequently get calls from people seeking help for depression. Sometimes their depression is self-diagnosed, reflecting their experience of ongoing distress.  Other times they’ve been referred by their family doctor.  It’s common for depressed people to worry that  they have a “chemical imbalance”. They often feel burdened and alone, solely responsible for their mood state.

Truth be told, depression is often not a purely personal affair. If we only think of depression as a purely personal problem, we contribute to the stigma often attached to this relatively common mood state. And the drug companies and their advertising don’t help. All this negative press — it’s enough to give depression a bad name!

Here’s the good news: Depression can act as a beacon, signaling to us that we’re off course. It’s nature’s invitation to examine our lives, and the relationships we inhabit. Our depression can be our mind and soul whispering, “There’s a vital part of myself that I’m not expressing.” Or, “I’m angry at (my husband, my wife) but I’m wrong to feel that way.” Or, “He/She won’t listen to me anyway, so why try?” These thinking/feeling patterns are often unconscious and quite insidious, clinging to our insides without us being aware of it.

I’m not speaking about true mental illness, or crippling, reality-distorting kind of depression that makes life unbearable and can lead to suicide, but rather the more common variety, where living becomes permeated with painful feelings.

And more good news: My clinical experience has shown me how depression often dissipates as a person’s self-expression expands, helped along with the involvement of the depressed person’s significant others.  As a family therapist, I treat many folks whose depression recedes — without medication — when their partner joins the treatment process. There’s something about bringing the invisible constrictions in a relationship out in the open that promotes healing, both for the depressed person and for the family. When tensions — both personal and interpersonal — are given expression within a safe, caring environment, people often end up freer, lighter, with a sense of being more “themselves.” While the therapeutic process is rarely straightforward and may be painful,  It turns out that good relationship therapy acts as a powerful anti-depressant.

Here’s a snapshot version of a recent case which shows how this works:

The father, Jake, was clearly the overt powerhouse in the family. He presented himself,  in his wife Paula’s characterization, as the kind of guy who “knows right from wrong.”  Jake initially contacted me for therapy because of his “stressful” relationship with his twenty-four-year-old son.  Tim, a brilliant, sensitive young man, struggled mightily in his strenuous efforts to have a more adult relationship with his father. Jake had a hard time relinquishing control, and at times the father-son verbal battles became pretty heated.

The mother, Paula, came across as very cautious, like she was stepping between land mines, afraid to set off an explosion. Though accomplished in her own right, Paula appeared risk-averse in her own family; her comments showed that she didn’t want to “take sides” in these family battles. Tim, though, needed an ally in his efforts to gain more autonomy in this family. That job initially fell to me.

Several weeks into the therapy, I invited the parents to come in by themselves. The wife, Paula, had openly talked about her depression and the fact that she had been taking anti-depressants for the last fifteen years. Now she began to gain more of a voice in the family, and I wondered what this meant.  I commented on Paula’s earlier caution in the family, particularly with her husband. I asked her, “When did you lose your voice?” She responded, “I know exactly when.”  Jake’s eyebrows went to the ceiling. She then described, as if it were yesterday, an incident six years ago, where Jake over-reacted to a decision Tim made, and Paula tried to stop her husband’s overly inflamed response. Jake shut her down — hard. At that point, Paula decided that she couldn’t change her husband. She added that she remembers this as the time her depression got worse.

In this session, Paula and Jake appeared to almost enjoy their conversation about Paula’s loss of voice. Paula began taking a bit more risk with her husband, not hedging her bets so much.  Her voice grew bolder. Their relationship looked to me like it had a strong foundation.  In the affirming atmosphere of the office setting, they seemed ready to  open up some of these closed channels.  Though painful at times, Paula seemed to be letting go of an invisible blockage, becoming more animated and vocal, and Jake didn’t back away.  In fact, he seemed to enjoy this new wife. Some of these long-held patterns began to give way.

As the therapy progressed over several weeks, this family began to connect their “symptoms”  to their relationship with each other. I admired the courage of these people as they opened themselves up to their long-sealed patterns of operating.

After a couple of months, this family got what they came for, though not quite in the way they intended. They were ready to move on. Paula recovered her voice in relation to her husband, and her depression lifted. At her own initiative, she contacted her doctor and tapered off her anti-depressant medications. Tim and  Jake enjoyed a more adult relationship, where they could agree or disagree without hurting each other. Daughter Sally relaxed in this new, less hostile atmosphere.  As I typically do, I encouraged them to call me if they got stuck. Since I haven’t heard from them, I assume they’re maintaining their new, improved equilibrium.

This case may seem exceptional, a rare example of long-standing depression responding to relationship therapy. In fact,  I’ve had repeated experiences like this in the office. This case is actually typical  in the sense that these intelligent, educated people saw themselves as discreet individuals, with individual problems. They had names for their individual problems which, until now, had individual solutions. But this framework didn’t do much for them in terms of pain relief. Only when they began to connect their personal distress to their relationships to each other did the family patterns begin to be transformed.  This acted as an anti-depressant for the whole family. And the side-effects were good.

Amy Begel is a family therapist and can be reached on her self-titled site, Amy Begel.

Mental illness: Is it organ dysfunction like any other? 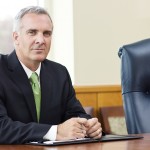