Alright, we need to talk. Those of you who follow my blog know that I don’t shy away from controversial topics and that I don’t have a problem speaking my mind. I try to do it in a respectful, informative, and somewhat humorous way. But I saw something this morning that needs to be addressed, and it’s not funny at all.

As I was eating breakfast before work, I saw a link about essential oils posted on a fellow pediatrician/blogger’s Facebook page, where he made some important observations about the author’s claims about medical uses of essential oils. I agree with him completely, but I think the point needs to be driven home a little harder. The article he linked to is called “Essential Oils Alternative for Pediatrician’s Top 10 Prescribed Drugs.”

It’s a bit unclear, by the article seems to have been written by one of two people:

Before I go any further (and before you starting typing in the comments box), I do realize that this is not representative of all those who sell or use essential oils. I feel like the majority of parents (and certainly the corporations that are smart enough to be concerned about legal liability) are more cautious than Mr. Lannes or Ms. Behling-Hovdal. But this post has 1,152 Facebook shares already, and has evidently been posted on numerous other sites as well, so somebody’s believing it. I’ll address the potential merits and limited evidence for essential oils in a later post. For now, I want to address one thing: The use of essential oils in place of proven treatments for serious medical conditions.

What are pediatricians’ top 10 prescribed drugs? I’m not sure where the author found the data, and I haven’t verified it for myself, but the list seems pretty close. Here’s the list: amoxicillin, azithromycin, amoxicillin/clavulanate (Augmentin), montelukast (Singulair), cefdinir (Omnicef), albuterol, Concerta, Adderall XR, oseltamivir (Tamiflu), and prednisolone (Orapred).

Four of these medications (amoxicillin, azithromycin, amoxicillin/clavulanate, and cefdinir) are antibiotics used to treat bacterial infections like ear infections, pneumonia, and urinary tract infections (among many others). Are they overprescribed? Undoubtedly. Are they sometimes necessary? Not according to the author, which suggests that essential oils like lemon, peppermint, or frankincense might do the trick. But the author probably doesn’t know much about lung abscesses after pneumonia or permanent kidney damage from an untreated UTI. The author has probably never watched patients die from sepsis. Some bacterial infections (like strep throat or most ear infections) will resolve on their own, but others need treatment with antibiotics to prevent life-threatening complications. Lemon oil won’t do the trick.

Two of them (Concerta and Adderall XR) are stimulant medications used to treat ADHD. When they hear about a child with ADHD, most people think about a little kid that won’t sit still in class. That’s part of it. But ADHD can be far more serious. Children (and adults) with untreated ADHD are more likely to have automobile accidents, get speeding tickets, abuse drugs, have unplanned pregnancies, get divorced, be fired from a job, suffer accidental injuries, and go to jail. ADHD is undeniably overdiagnosed, and the medications we use for it are frequently abused. But it can be a very real problem with very bad consequences, and I haven’t seen a study that showed rubbing lavender oil on someone’s feet to be an effective treatment.

I’m going to skip over Tamiflu, which is a medicine used to treat influenza (the flu). It’s not very effective, and it has some pretty awful side effects, especially in kids. In many cases (in otherwise healthy people), we’d be better off without it.

And that brings me to asthma, a very common use for the remaining three medications (albuterol, montelukast, and prednisolone). Let me tell you a story about asthma. I had a 7-year-old patient in medical school that I saw in the pediatric ICU for a severe asthma attack. He had gone to spend the night at his grandmother’s house while his parents were out of town. Within an hour of being in her house, he started coughing uncontrollably and having trouble breathing. By the time EMS arrived, he was gray and barely breathing. Fortunately, they were able to keep him alive on the way to the hospital, and with some pretty intense treatment, he was back to his baseline two days later. Before we sent him home, we talked extensively to his grandmother about possible triggers — dust, pets, smoke, all that stuff. The dog went to stay with a relative; we gave him an allergy cover for his pillow, and the grandmother spent several hours cleaning the house before we sent him home that afternoon. When I went in to work the next morning, he was back. EMS had picked him up overnight, almost dead again. The grandmother couldn’t figure out what had happened, but it soon became clear: as part of her cleaning efforts, she had sprayed some Febreze on his bed. The minute he climbed into the sheets, his airways clamped down, and he couldn’t breathe.

For many children, asthma is mild. It may act up only at certain times of the year, or only with exercise. Sometimes the symptoms aren’t that bad. But it’s not at all uncommon to admit them to the hospital. And it kills over 3,000 Americans every year. Each person with asthma seems to have a different set of triggers. Sometimes asthma is triggered by viral infections, pollen, exposure to animals, or exercise. It can also be triggered by “volatile organic compounds,” one example of which would be essential oils. Advising parents to treat asthma by diffusing essential oils is dangerous and irresponsible, and it demonstrates a tremendous lack of understanding about the disease.

Look, there’s a reason that doctors go to medical school, and it’s not so big pharma can set up direct deposit to our checking accounts. It’s because there’s a lot to understand about how the body works, from a cellular level to the way all the organs function together. Doctors learn about how medicines are absorbed and metabolized, and about how they do what they do (including the bad stuff). We learn how to decide which patients need treatment, and which treatments would be best. And, not insignificantly, we learn how to design, perform, read, and interpret scientific studies that tell us if our treatments are safe and effective.

Neither Mr. Lannes nor Ms. Behling-Hovdal went to medical school, and their understanding of these concepts is obviously lacking. What they is doing by promoting unproven treatments for serious medical conditions amounts to practicing medicine without a license. Of course, they throw in the obligatory disclaimer at the bottom of the article: “Those statement [sic] have not been evaluated by the FDA. The Essential Oils are not officially intended to diagnose, treat, cure, or prevent any disease.” Not officially. But after reading the article, I’m not sure how else to interpret their advice to replace “pediatricians’ top 10 prescribed drugs” with essential oils.

Again, I realize that one person’s opinions don’t reflect those of everyone who uses essential oils. Hopefully, even those of you that use essential oils can agree that there are some cases where they’re not the best choice. I’m not saying that all essential oils are dangerous, or that they don’t have any benefits (I’ll address this later). What I am saying is that we don’t yet have enough information to know what conditions they might treat (especially in children), and that they do have risks associated with them. I have no problem with people using essential oils to “calm your mind, body, and spirit after a hard day’s work” or to “open and release emotional blocks leading to a sense of balance and well-being.” I don’t even have a problem with using them cautiously (and with your doctor’s knowledge) for minor symptoms that don’t require medical treatment. But if you’re using them instead of asthma medicines, as this article recommends, you may not like the outcome. We don’t use a lot of frankincense in the ICU.

I just refreshed the page, and the Facebook shares are up to 1,500: another 348 people sharing this dangerous misinformation with the world. As a physician, it scares me. Not because I feel threatened, or because big pharma won’t make as much money. But because there are people out there treating serious conditions that they know nothing about with treatments that have no data to show that they are safe or effective — because children are at risk.

Why the chasm between doctors and patients?  It's all about money. 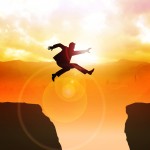 Don’t use essential oils for asthma. Here’s why.
1 comments