Many of the patients that I treat have brain injuries. Whether caused by a stroke, car accident, fall, or drug overdose, their rehab course has taught me one thing: nobody likes to be forced to do things against their will. Even the most devastated brains seem to remain dimly aware of their loss of independence and buck against it. Sadly, the hospital environment is designed for staff convenience, not patient autonomy.

In the course of one of my recent days, I witnessed a few patient-staff exchanges that sent me a clear message. First was a young man with a severe brain injury who was admitted from an outside hospital. EMS had placed him in a straight jacket to control his behavior on his trip and by the time I met him, he was in a total panic. Sweating, thrashing, at risk for self-harm. He didn’t have the ability to understand fully what was happening, but one thing he knew – he was being restrained against his will. The staff rushed to give him a large dose of intramuscular Ativan, but I had a feeling that he would calm down naturally if we got him into a quiet room with dim lights and a mattress with wall padding set up on the floor. As it turned out, the environmental intervention was much more successful than the medicine. Within minutes of being freed to move as he liked, he stopped moving much at all.

Later I was speaking with one of my patients in the shared dining room. An aide arrived with a terry cloth bib to tie around his neck so that he didn’t spill anything during lunch. I saw a flash of anger in my patient’s eyes as he pulled the bib away from his neck with his good arm and placed the towel on his lap instead. I could tell that he found the bib infantilizing, though none of us had thought twice about it before. Here again, a patient did not appreciate having everything determined for him, right down to napkin placement.

Towards the end of the day, I was bidding farewell to a patient whose care would be provided by another attending physician going forward. I was summarizing my view of his progress and expectations going forward, and stopped to ask if he had any questions. What he asked completely flummoxed me. Instead of probing for details about his medical condition and treatment options, he asked, “Will the new doctor be a good listener? Will she pay attention to what I’m saying and be easy to talk to?”

It is unfortunate that health care providers and patients are often on very different wavelengths. In Atul Gawande’s recent book, Being Mortal, he argues that nursing homes have often failed to provide healthy environments for patients because they have focused exclusively on safety and meeting basic needs (eating, dressing, bathing, etc.) on their terms. The removal of patient independence unwittingly results in devastating loneliness, helplessness, and depression. It seems to me that hospitals end up doing the same thing to patients — if only for a shorter period of time.

I was moved by Gawande’s book (and I consider it required reading for anyone facing a life-limiting illness or caring for someone who is). It renewed my conviction about the importance of rehabilitation — helping people to become as functionally independent as possible after a devastating injury or disease. Even as we age, we all become less able to do the things we hold dear. Preserving dignity by prolonging independence, and respecting patient autonomy, are often overlooked goals of good health care. It’s time to think about what our actions — even as small as placing a bib around someone’s neck — are doing to our patients’ morale. Maybe it starts with asking the right questions. Or better yet, just watching and listening.

No, it's not the broccoli: What to make of the new dietary guidelines 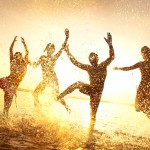